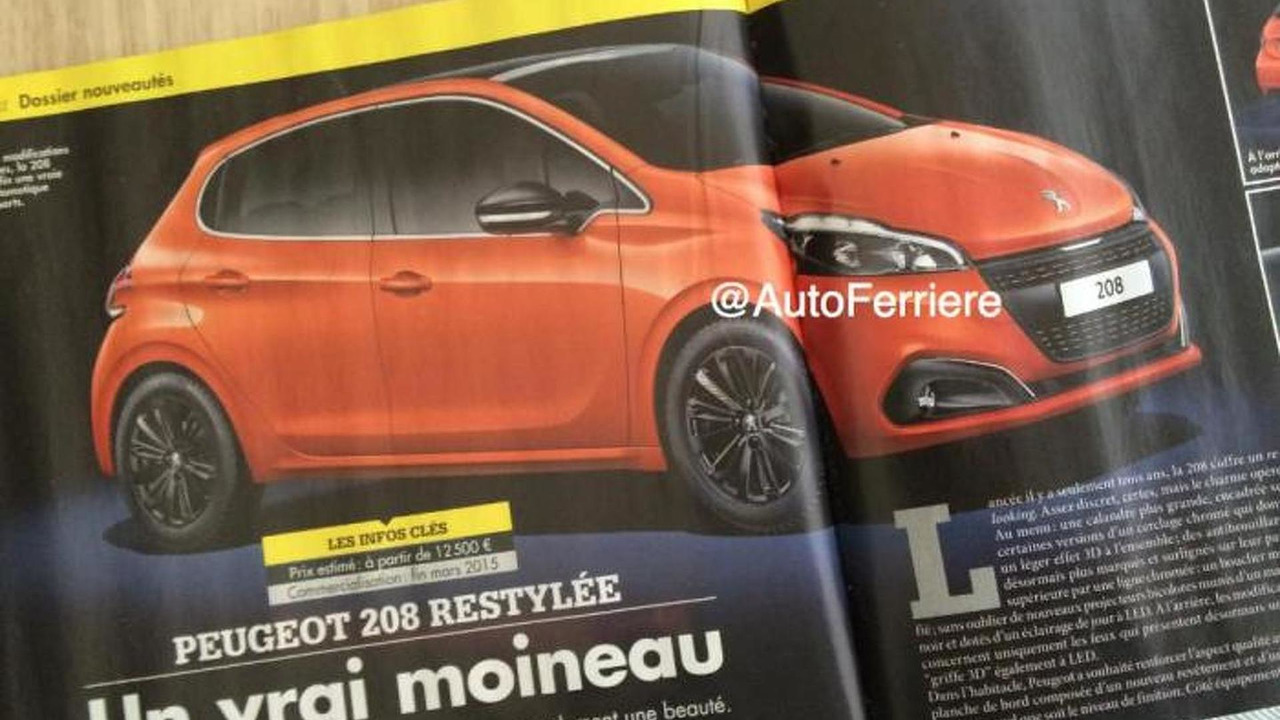 [uptade]: New photos depicting the rear end and at the interior added.

A picture of a new Peugeot 208 has leaked to the web.

Scanned from the Auto Journal magazine, the image probably shows a facelift for the French model, revealed back in the end of 2011. The photo reveals a slightly revised front grille, new headlights graphics and new fog lights surround for the 208. There’s also a two tone orange-black exterior finish, as well as new wheel design.

This is the first time we hear something about the refreshed model and there are no details to report yet. Considering the vehicle is now more than three years old, some technical and visual improvements could be expected with a probable debut during the Geneva Motor Show.

Thanks to WCF user cavalinofr for the images!