Jeep Renegade Spy Photos Show Crossover Will Get Another Makeover

Launched in the Brazilian market in 2015 and restyled in 2018, the Jeep Renegade should undergo another important half-life update before a new generation arrives. The changes will give the model updated looks, which will be accompanied by the long-awaited 1.3-liter Turboflex engine, which will finally put the SUV on parity with its main rivals.

New spy photos from Brazil, sent in by a reader, show the prototype hiding important details. However, despite all the camouflage, it is possible to notice new front and rear bumper designs and other changed elements. There are subtle changes to the grille and a new option for the wheel designs. The headlights also gain new styling while also integrating the position lights.

In the cabin, we expect notable changes in the dash and instrument panel. The infotainment screen will become a floating one that sits on top of the dash, with the same high position found in the Compass and Commander models. Jeep is also reconfiguring the vents, which will be in a lower position in the updated crossover. The Renegade will also get a new steering wheel design that’s similar to the one in the new Compass.

The big news is the arrival of the 1.3-liter Turboflex engine. It’s a popular powertrain within Stellantis, powering the Compass, Commander, and Fiat Toro. It’s called the T270, and it produces up to 185 horsepower (137 kilowatts) when fueled with ethanol. It’ll be front-wheel-drive with a six-speed manual gearbox in its most basic form. It remains to be seen what kind of performance the new engine will deliver in the Renegade. 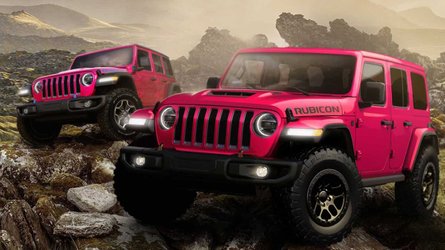 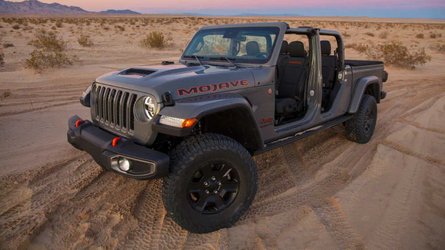 Jeep Gladiator Getting Half Door Option With Dual-Door Group: Report

The launch will take place sometime in 2022 for its arrival as a 2023 model. The new engine will see the old 1.8-liter naturally aspirated one finally be discontinued. However, the 170-horsepower (126-kW) 2.0-liter turbodiesel will continue on without any significant changes. The most expensive versions of the updated Renegade will be available with a nine-speed automatic transmission and four-wheel drive.

By: Dyogo Fagundes
Translated by: Anthony Alaniz
++
Got a tip for us? Email: tips@motor1.com