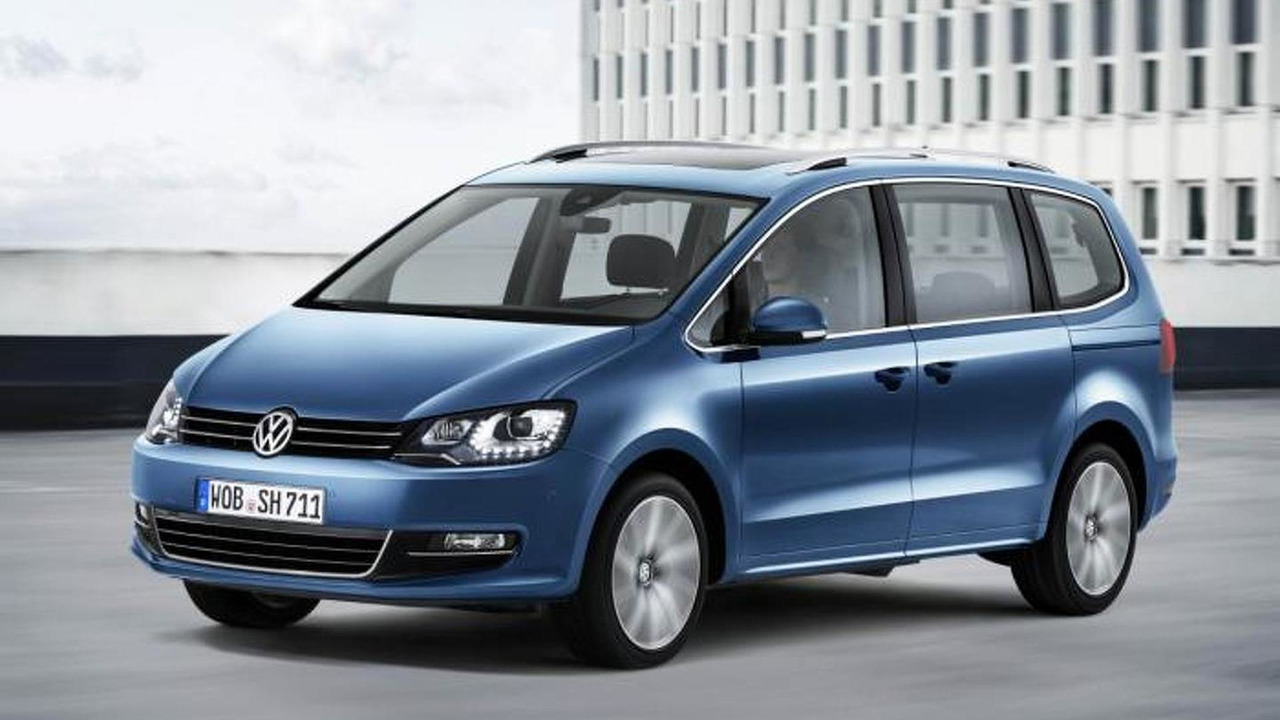 The first official images with the 2015 Volkswagen Sharan facelift have surfaced the web ahead of an imminent full reveal.

The first official images with the 2015 Volkswagen Sharan facelift have surfaced the web ahead of an imminent full reveal.

VAG has applied the familiar recipe of sharpening up the styling for its people carrier which as you can see isn't that much different compared to its predecessor. It comes with LED taillights, new Jakarat alloy wheels and two additional body hues called Hudson Bay Blue Metallic and Crimson Red Metallic.

As far as the interior is concerned, it has been largely carried over but now the facelifted Sharan has access to Volkswagen's latest infotainment systems with support for Apple CarPlay and Android Auto. Customers can select from a 5-inch Composition Color system, a 6.5-inch Composition Media setup or the 6.5-inch Discovery Media system featuring navigation. Other cabin changes include a redesigned steering wheel, new color multi-function display and optional 12-way adjustable seats with massaging function.