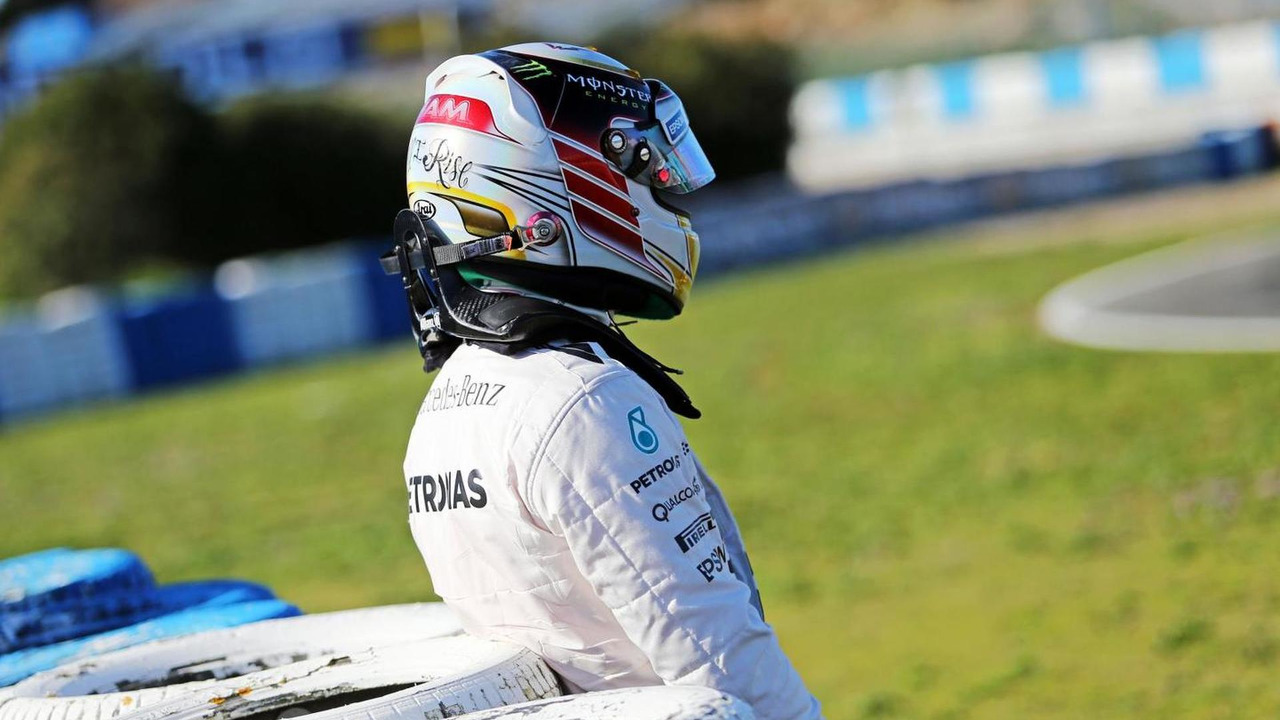 Three world champions will bring F1 track action back into life on Thursday. Reigning title winner Lewis Hamilton, Ferrari's Kimi Raikkonen and 2009 world champion Jenson Button will be among those ...

Three world champions will bring F1 track action back into life on Thursday.

Reigning title winner Lewis Hamilton, Ferrari's Kimi Raikkonen and 2009 world champion Jenson Button will be among those in action on day one, as the second of just three pre-Melbourne winter tests begins in Barcelona.

Red Bull, Williams, Toro Rosso, Lotus, Sauber and even the absent-in-Jerez Force India are also busily setting up at the Circuit de Catalunya.

With its 2015 car delayed, Force India will be running with last year's VJM07, which is expected to be driven not only by Nico Hulkenberg and Sergio Perez but also engine supplier Mercedes' reserve driver Pascal Wehrlein.

German Wehrlein, 20, is expected to make his F1 test debut by opening and closing the four-day test for Force India, with Hulkenberg and Perez driving on Friday and Saturday respectively.

Close eyes will also be on the competitive Williams team, as female test driver Susie Wolff gets her first taste of the new FW37 on Thursday.

And Lotus is expected to give its new 2015 reserve, the reigning GP2 champion Jolyon Palmer, son of former F1 driver Jonathan, his first action of 2015 in the newly Mercedes-powered E23.

Rookie Felipe Nasr will open proceedings for Sauber, but the prominent colours of his backer Banco do Brasil on the new blue and yellow C34 might look slightly different in Barcelona.

On its Twitter account, the Swiss team posted a video with the caption 'What if the C34 turned up in Barcelona like this?', before the car with new yellow flashes on the nose was revealed.

Red Bull's Daniil Kvyat is heading to Barcelona direct from Italy, where Autosprint reports the Russian has been testing the new Tony Kart machine at the Lonato circuit.

"I sometimes like to do some karting for some training," he is quoted as saying.

"I would love to have stayed for the race on Sunday, but I am testing in Barcelona and soon after that I will be in Australia," Kvyat added.

Also gearing up for Barcelona is the high-profile F1 rookie Max Verstappen, who will open Toro Rosso's four-day test.

According to the Dutch newspaper De Telegraaf, he is playing down expectations for the Barcelona session, insisting that although "expectations are great, only in Melbourne must I be quick".

"If I am seventh or eighth there, it will feel like a victory," the 17-year-old predicted.