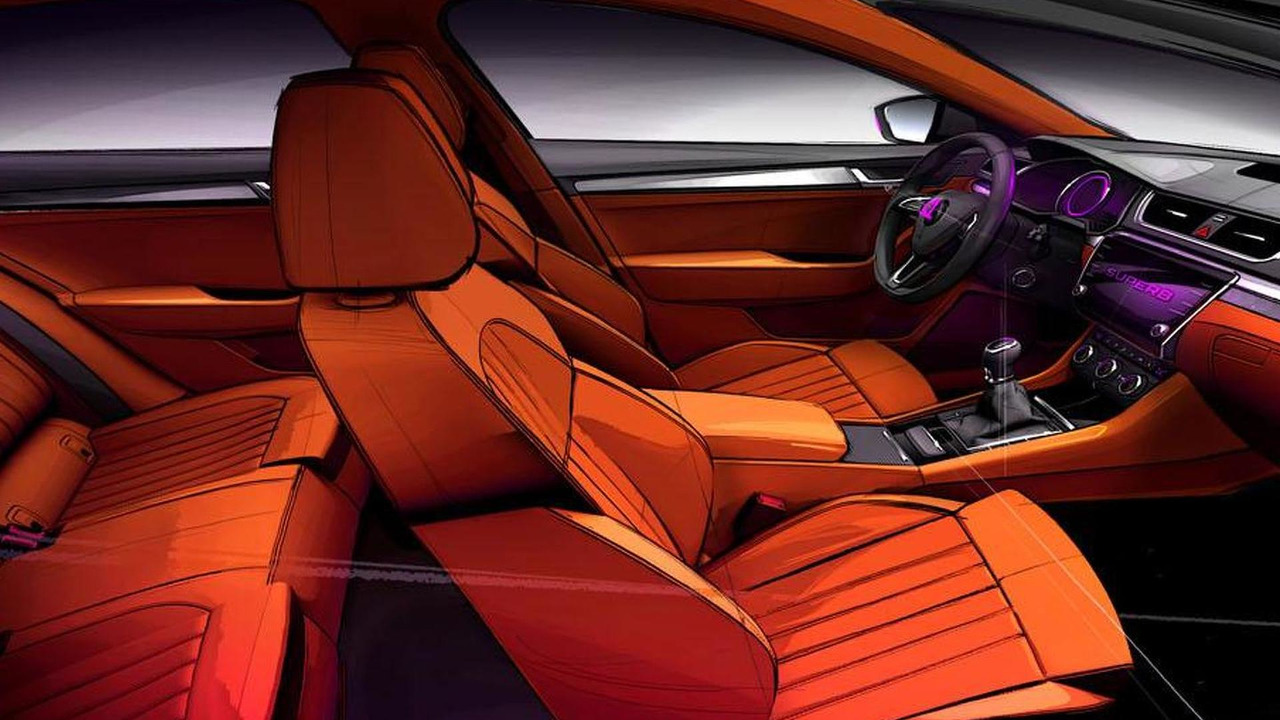 Skoda has officially unveiled the 2015 Superb, following this morning's leak.

Skoda has officially unveiled the 2015 Superb, following this morning's leak.

Set to go on sale in June, the sedan has an upscale design with a slender grille that is flanked by optional bi-xenon headlights with integrated LED daytime running lights. The car also has a sculpted hood, shorter front overhangs and a "tornado line" that spans the length of the vehicle. Other notable highlights include a gently sloping roofline, an 80mm longer wheelbase and standard LED taillights.

The interior is relatively plain but Skoda confirmed the model will be offered with four new infotainment systems including one that's compatible with Apple CarPlay and Android Auto. The car will also be offered with a variety of options including heated seats, a panoramic glass roof, a tri-zone climate control system and a twelve speaker Canton audio system.

Since the Superb is from Skoda, it also comes with 29 ‘Simply Clever’ features including a rear seat tablet holder, an LED flashlight and an umbrella in each of the front doors.

On the safety front, the Superb offers Adaptive Cruise Control, Crew Protect Assist, Lane Asssit and Traffic Jam Assist. There's also a new Emergency Assist system that automatically brings the vehicle to a stop if the driver is incapacitated.

All of engines can be connected to a dual-clutch transmission with the exception of the entry-level petrol unit. Furthermore, an all-wheel drive system will be optional on models equipped with four of the eight engines.