Just a few weeks ago, Ford’s European division unveiled the Focus ST Edition - a forbidden hot hatch in the United States - with performance upgrades. Meanwhile, work on the refreshed Focus family continues, and we already saw hatchback, wagon, and ST prototypes out testing. Today, we have spy photos depicting the updated Focus sedan.

This prototype was photographed in Belgium with a camouflage foil covering most of the front end. It’s hiding slightly reshaped headlights and on this particular car, they look like LED units. Judging by the radiator grille, this example is from the higher trim levels and in fact, we haven’t seen this grille pattern before. We could be wrong, but this could be a range-topping Vignale spec.

The two-tone diamond-cut wheels are the highlight from the side and at the back, there seem to be just minor visual tweaks. These could include new graphics for the taillights and possibly, a new design for the lower section of the bumper, though this prototype lacks camouflage in that area.

Ford is spending big on utility models and electric vehicles these days, which means the Focus won’t get huge attention, especially the sedan version. Nevertheless, we can already see what appears to be a bigger screen for the infotainment system. Not much else can be said about the cabin, though we expect updated infotainment software, better materials, and new trim options. 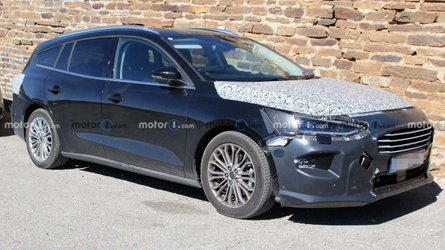 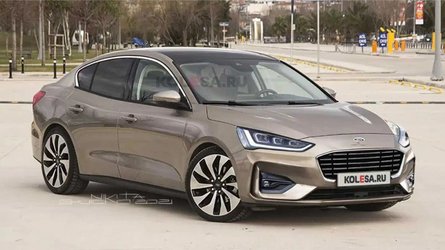 Under the hood, we don’t expect changes with the upcoming facelift. The current range consists of 1.0- and 1.5-liter EcoBoost gas engines, as well as 1.5- and 2.0-liter EcoBlue diesels. The ST hot hatch relies on a detuned version of the previous generation RS 2.3-liter EcoBoost, and we believe all available powertrains will carry over without significant changes.