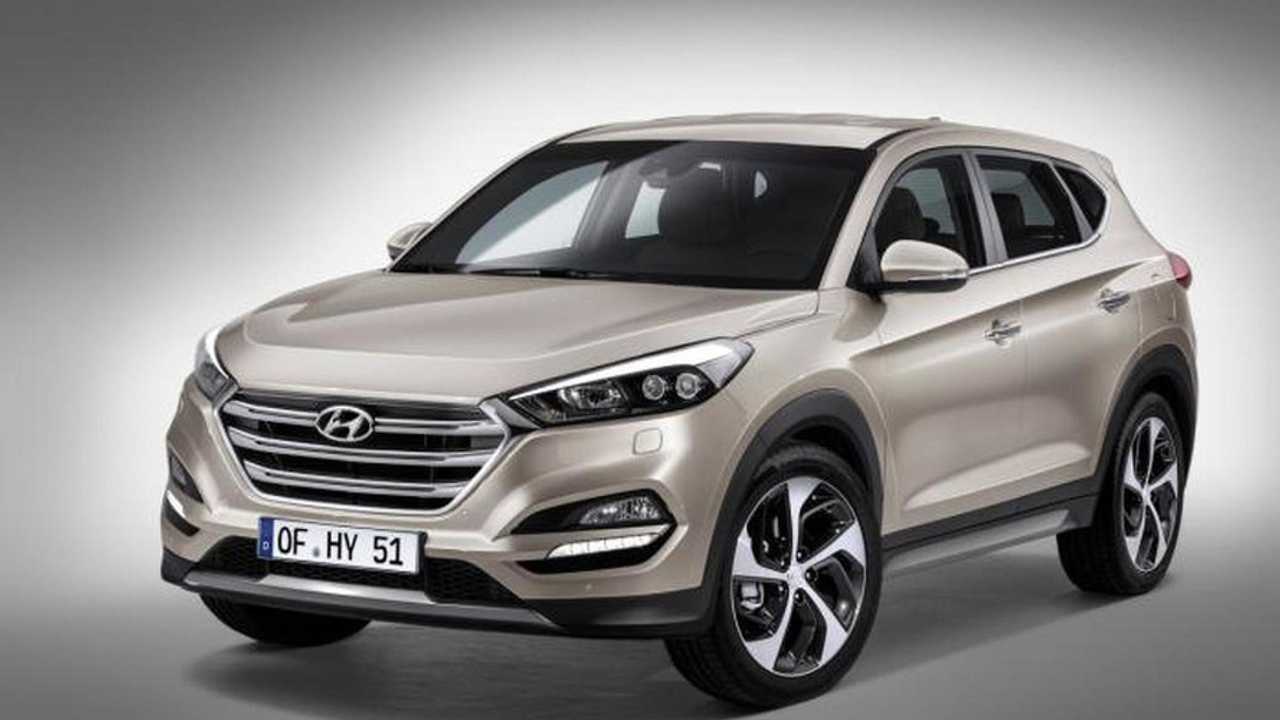 Hyundai has released the first official images with the 2016 Tucson set to go on sale later this year.

Hyundai has released the first official images with the 2016 Tucson set to go on sale in the second half of the year.

The crossover adopts many styling cues from its bigger brother Santa Fe and looks more refined than the model it’s set to replace thanks to a more sculpted body, chrome hexagonal front grille and sleek headlights featuring a high-tech look and benefiting from LED technology just like the daytime running lights.

The interior cabin is also an improvement compared to the previous model as it now looks more premium thanks to upscale soft touch materials and a large touchscreen display. The leather-wrapped steering wheel is packed with buttons on both sides and comes with a chrome trim also noticeable on the door handles. It boasts heated & ventilated front seats and a power tailgate which provides access to a generous 513-liter cargo capacity with the seats up.

Following its public debut at the Geneva Motor Show, the Euro-spec Tucson will go on sale in the second half of the year.

Check out the attached press release for full details.