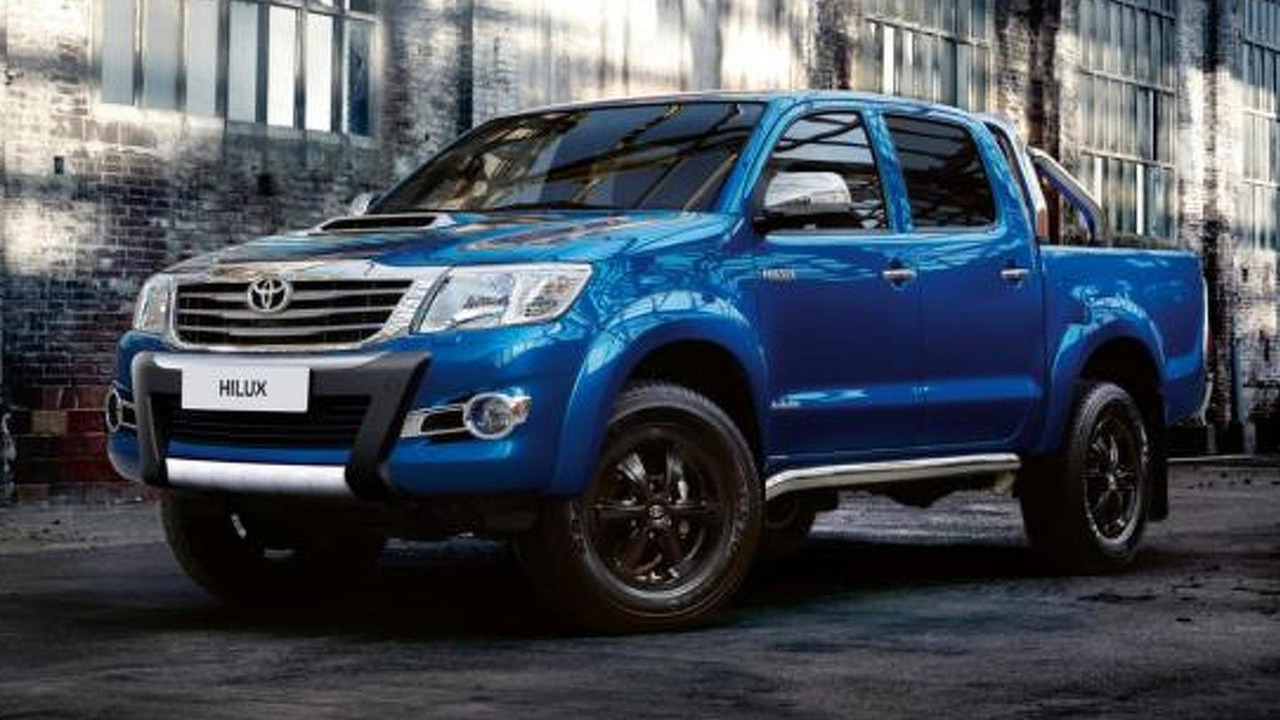 Toyota UK has introduced a range-topping version of the Hilux called Invincible X.

Toyota UK has introduced a range-topping version of the Hilux called Invincible X.

Available only in Double Cab body style, the "super-tough pick-up" is based on the Invincible trim but adds several styling tweaks without jacking up the price. Some of added items include four 17-inch alloy wheel designs, chrome tubular side bars (with/without step grips), a rear hi-over bar and a Style Pack encompassing a front guard, aluminum-finish scuff plates, silver under-run, chrome surrounds for the hood air intake and taillights while the door handles also boast a chrome finish.

The leather upholstery can be had in one of the four available designs and all of them come embossed with the X logo and if you go for the full black type this one also has the "Invincible" lettering. Standard goodies include sports front seats, cruise control, fog lights, climate control, rear privacy glass and automatic headlights. Also on board is Toyota’s Touch 2 infotainment system, electrically adjustable mirrors, rear-view camera and alarm system.

Power comes exclusively from a 171 bhp 3.0-liter D-4D diesel engine sending output to a permanent four-wheel drive system through either a standard five-speed manual or an optional automatic transmission.

Already available on order, the Toyota Hilux Invincible X costs £23,842 for the manual version and £24,842 for the automatic model, with both prices excluding VAT. Deliveries will kick off towards the end of the month.