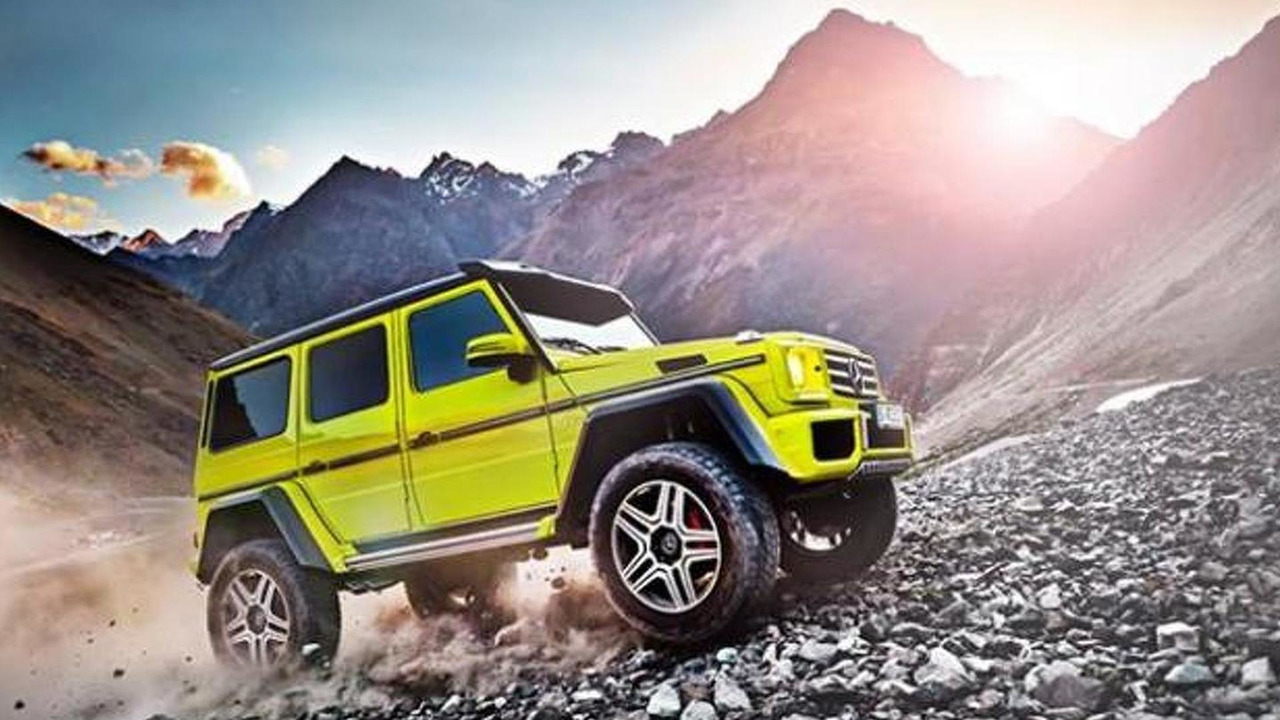 Mercedes-Benz has released the first image depicting the G500 4×4².

The off-roader was spied testing for the first time back in November in the G63 specification and shortly after that Mercedes-Benz confirmed the model. Now, the first official revealing image with the G500 model has been published and as you would expect it's basically a four-wheel version of its six-wheeled sibling. As a consequence, it gets a considerably increased ground clearance, larger 22-inch wheels with 325/55 off-road tires and a slightly modified body with carbon fiber attachments.

Mercedes-Benz will release additional details in the days to come, with a public debut likely set for the Geneva Motor Show early next month. At the moment they are referring to the G500 4×4² as a show car but it will most likely hit the assembly line later this year and will be available in limited quantities taking into account the six-wheel version is capped at 20-30 cars per year. It will obviously be less expensive than the 2015 G63 AMG 6x6 which costs €451,010 (VAT included) at home in Germany.