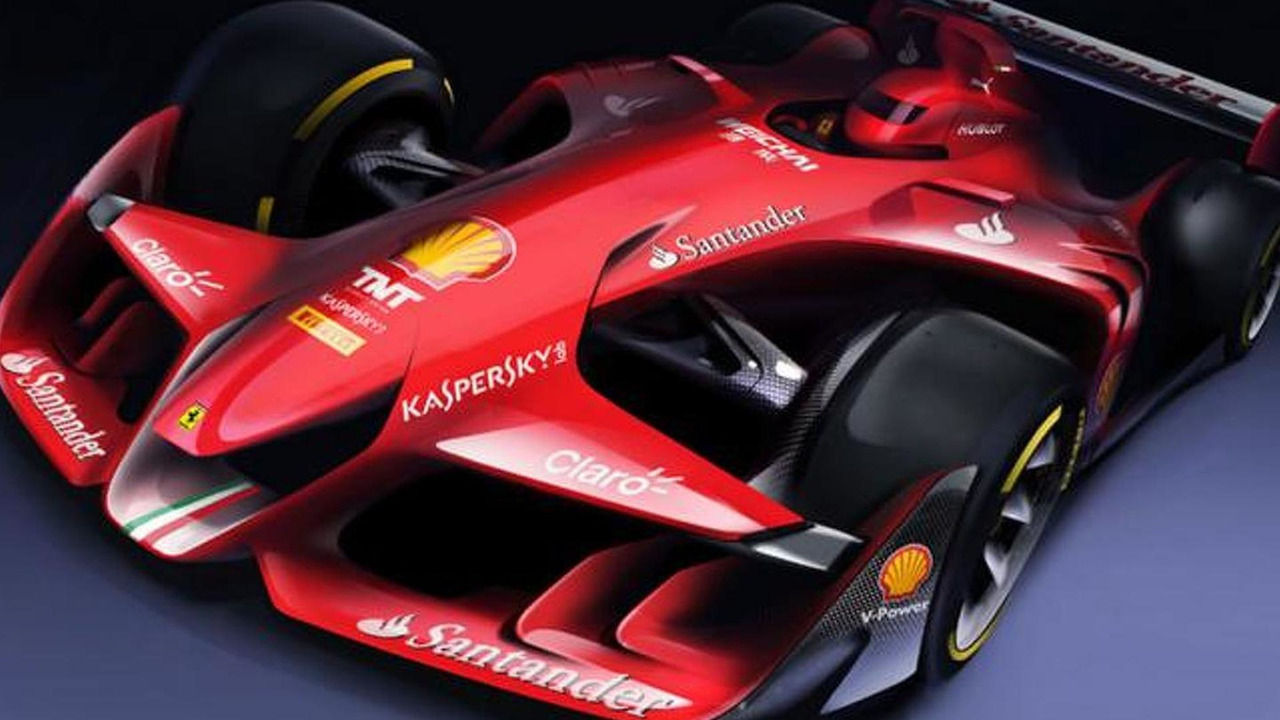 Ferrari has released this morning a couple of renders depicting their vision of a future Formula 1 car.

Ferrari has released this morning a couple of renders depicting their vision of a future Formula 1 car.

The attached renders were developed in-house by Ferrari in collaboration with its Formula 1 aerodynamic department to envision a future F1 car with a far more striking design. The driver's helmet seems to literally blend in with the car's body while up front it boasts a double wing. The side profile shows a sculpted body ending at the back with an angled rear wing.

It is believed the virtual concept is Ferrari's way of saying future Formula 1 cars will have to look more appealing and apparently rival teams Red Bull and McLaren have created similar concepts although less extreme.

A meeting of the Formula 1 commission is set to take place later today to discuss future rules and chances are Ferrari and other teams will push for a design overhaul to make the cars look more attractive.