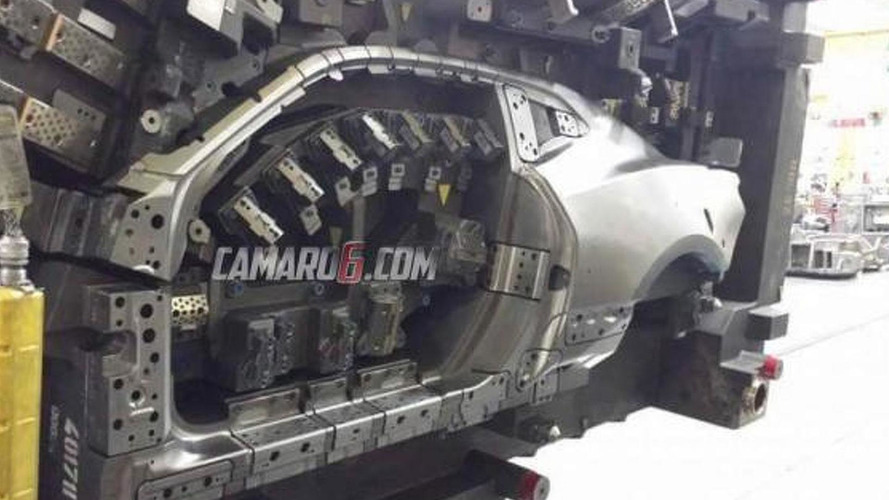 The attached photo was published for a brief while on Facebook, showing the side profile of the forthcoming sixth generation Chevrolet Camaro.

The attached photo was published for a brief while on Facebook, showing the side profile of the forthcoming sixth generation Chevrolet Camaro.

The pieces of the puzzle are starting to add up as far as the new Camaro is concerned as after seeing what could very well be the headlight design, now a pic of a body die shows the side profile of the iconic muscle car. By comparing the attached pic with previous spy shots and videos, it's easy to notice the image does indeed depict the all-new Camaro which will come with a more a sloped roofline and without the crease above the rear wheel arches.

Upon closer inspection, it seems the character line now sits a little bit lower while the rear fender gills have been eliminated. The quarter window has also been modified and the door cutout could be slightly larger compared to the outgoing model.

The 2016 Chevrolet Camaro is expected to ride on the long wheelbase Alpha platform which underpins the Cadillac CTS so it should undergo a considerable diet. The weight savings could allow General Motors install a four-cylinder turbocharged engine for the entry-level version although this hasn't been confirmed yet.

Chances are the sixth generation Camaro will premiere on April 1 during the first press day of the 2015 New York Auto Show.

Special thanks go to Rob for sending us the tip!