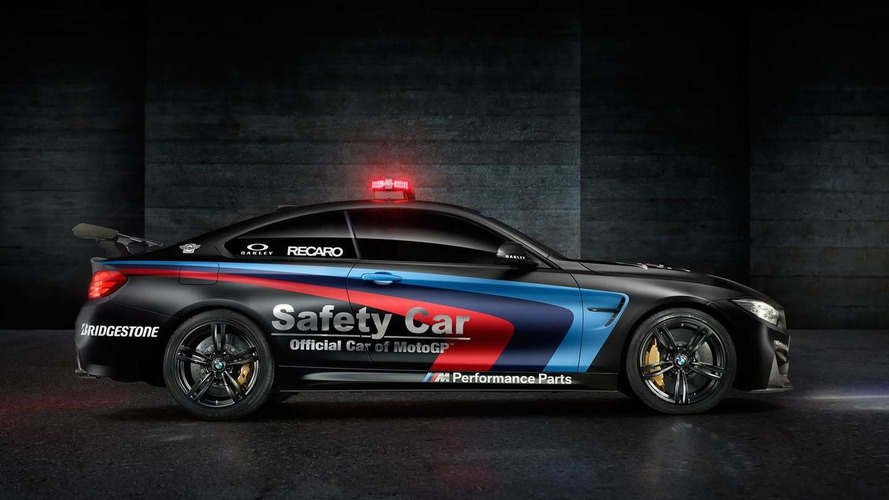 BMW has unveiled an upgraded M4 Coupe which will act as the MotoGP safety car for the 2015 season.

BMW has unveiled an upgraded M4 Coupe which will act as the MotoGP safety car for the 2015 season.

The M4 is back to fulfill its duties as a MotoGP safety car but compared to the 2014 car it has received a newly developed water injection system which according to M division engineers not only boosts performance but also reduces fuel consumption. As a method to reduce the temperature of the combustion air, BMW developed a solution to inject a fine spray of water into the collector which will lower the tendency of the engine to knock, thus enabling the point of ignition to come closer to the optimum value.

The necessary water is stored in a frost-proof five-liter tank located in the M4’s trunk which also incorporates the water pump, sensors and valves which are controlled by the engine’s electronics. The pump feeds water into the injectors at a ten-bar pressure while the volume of water provided depends on the load, engine speed and temperature in order to grant optimal water consumption. BMW M says the water tank must be refilled before any "rigorous action out on the racetrack" while in normal driving on public roads they estimate a water refill once every five stops for refueling without requiring any extra maintenance.

BMW says the water injection system will soon be offered on a production model.