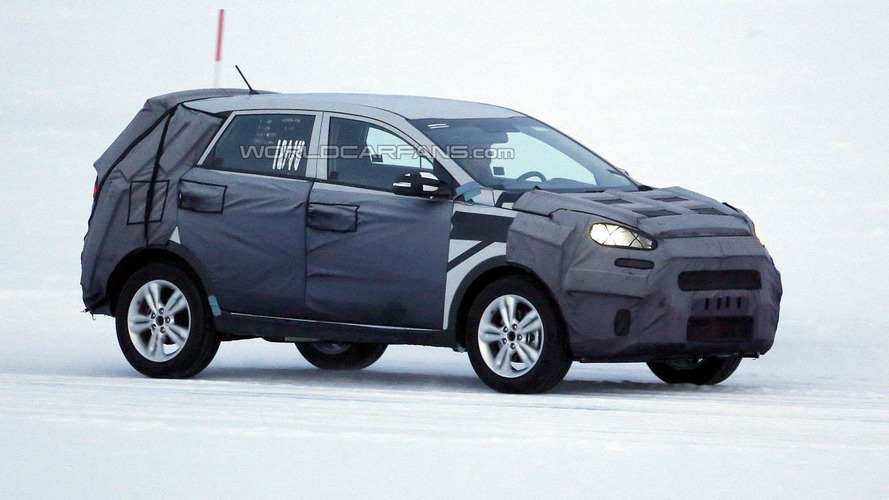 Kia's entry-level crossover has been spied undergoing testing on a frozen lake in Scandinavia.

Kia's entry-level crossover has been spied undergoing testing on a frozen lake in Scandinavia.

While the prototype is heavily disguised, we can see the model will have sweptback headlights, an upward sweeping beltline and a relatively flat roof. Additional styling details are hard to make out but we can see a rakish windscreen and attractive taillights.

Kia hasn't said much about the model but it is expected to slot between the Soul and Sportage and be heavily influenced by the Hyundai ix25.

Engine options remain a mystery but speculation suggets the crossover could be offered with at least two T-GDI petrols that have displacements of 1.0- and 1.2-liters.