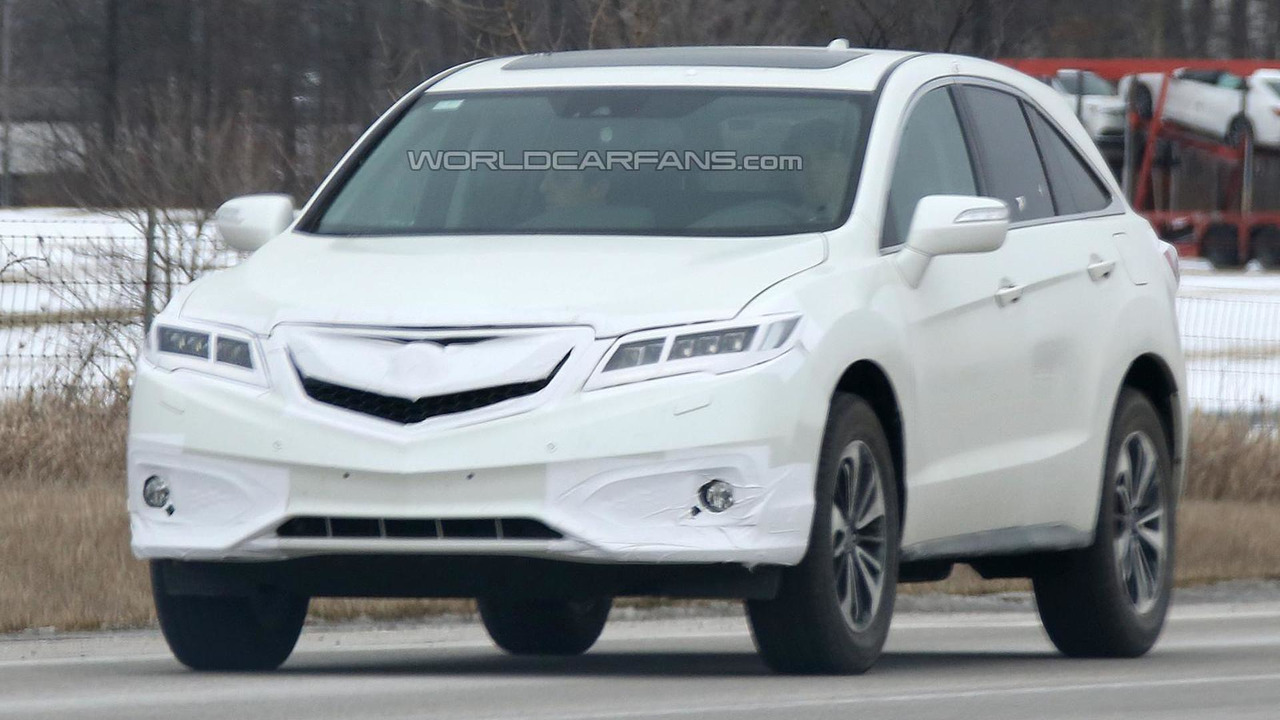 We just received a batch of spy images with the 2016 Acura RDX facelift which has already been confirmed for a full reveal on Thursday.

We just received a batch of spy images with the 2016 Acura RDX facelift which has already been confirmed for a full reveal on Thursday.

Introduced in the beginning of 2012, the second-gen RDX compact crossover is about to receive a subtle nip & tuck judging by the light camouflage on this prototype. The white disguise has been applied only on the lighting clusters and front grille while the rest of the car appears to be virtually identical. Bigger changes are planned on the inside where Acura says they have increased dynamics and comfort while the NVH levels have been diminished.

We remind you the 2015 Acura RDX has a 3.5-liter V6 naturally aspirated gasoline engine rated at 273 bhp (204 kW) and a peak torque of 251 lb-ft (340 Nm. The motor is coupled to a six-speed automatic transmission sending power to either a front- or all-wheel drive layout. Without going into details, Acura says the facelifted RDX will come with "important improvements to performance" so expect a power hike and other mechanical upgrades.

The 2016MY RDX will be revealed in full on Thursday at the 2015 Chicago Auto Show during the first press day.

Gallery: Acura RDX facelift spied with minor changes ahead of this week's reveal