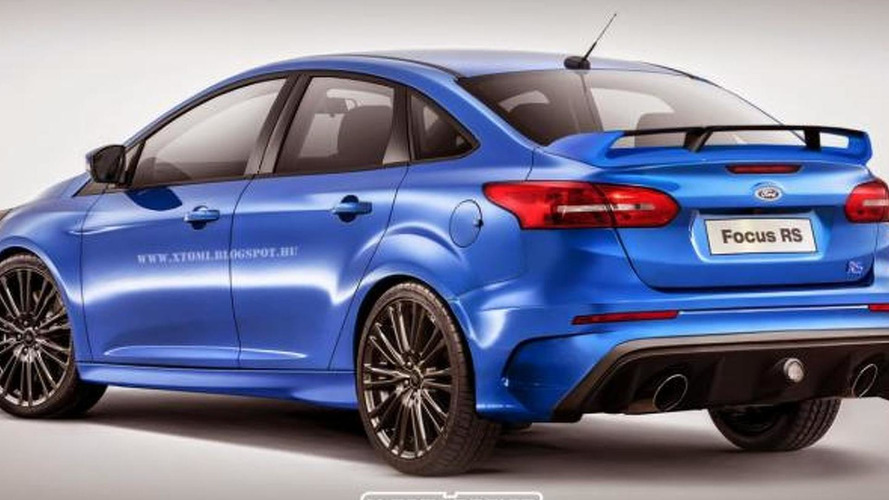 A source within Ford cited by InAutoNews has announced the company is not planning sedan and/or wagon versions of the Focus RS.

A source within Ford cited by InAutoNews has announced the company is not planning sedan and/or wagon versions of the Focus RS.

Hot on the heels of the Focus RS five-door hatchback's reveal, the Blue Oval company has downplayed the possibility of slapping the RS badge on the four-door sedan or the more practical Turnier version. This comes as a disappointment as the wagon would have been a proper adversary for the Golf R Variant now that the Focus RS has been blessed with a four-wheel drive layout.

Those who want a hot Focus wagon will have to settle with the ST version available in both gasoline and diesel flavors. The former uses a 250 HP & 360 Nm 2.0-liter EcoBoost four-cylinder engine while the latter gets a 185 HP & 400 Nm 2.0 TDCi four-cylinder motor.

If a bigger trunk is not a priority, the Focus RS should be the best choice for those willing to pay extra to get more than 320 HP (235 kW) and in excess of 433 Nm (320 lb-ft) coming from a 2.3-liter EcoBoost four-cylinder engine sending power to both axles via a six-speed manual gearbox.

The Focus RS will be seen in the flesh at the beginning of next month during the 2015 Geneva Motor Show.