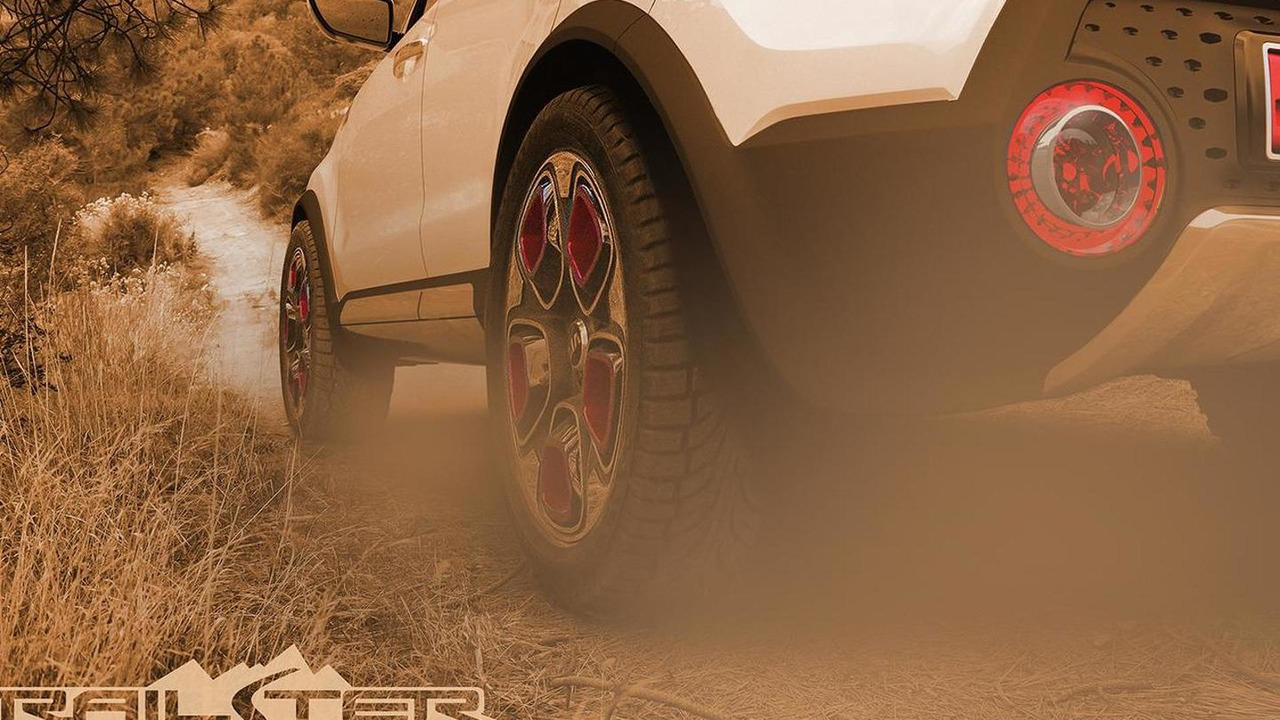 Kia has released a second teaser depicting a new concept set to debut next week at the 2015 Chicago Auto Show.

Kia has released a second teaser depicting a new concept set to debut next week at the 2015 Chicago Auto Show.

Along with the teaser pic, Kia has disclosed the nameplate of its latest concept which will be known as the Trail'ster so it could be an evolution of the Track'ster concept unveiled at the same show three years ago. While the old version had a fixed metal top and two doors, the Trail'ster concept will adopt a fully retractable canvas roof and is going to feature four doors. The body cladding indicates we are dealing with a more rugged concept also featuring aluminum underbody protection and two-tone alloy wheels with chunky tires.

The most interesting feature of the concept will be its electric all-wheel drive system but hardware details are not available at this point. However, the aforementioned Track'ster had an inline-four 2.0-liter turbo engine rated at 250 bhp (186 kW) channeled to the road through an electronically-controlled all-wheel drive system and a 6-speed manual gearbox equipped with a stubby spherical shift lever.

Kia will unveil the Trail'ster on February 12 at the Chicago Auto Show and this concept could preview an all-wheel drive variant of the Soul EV.