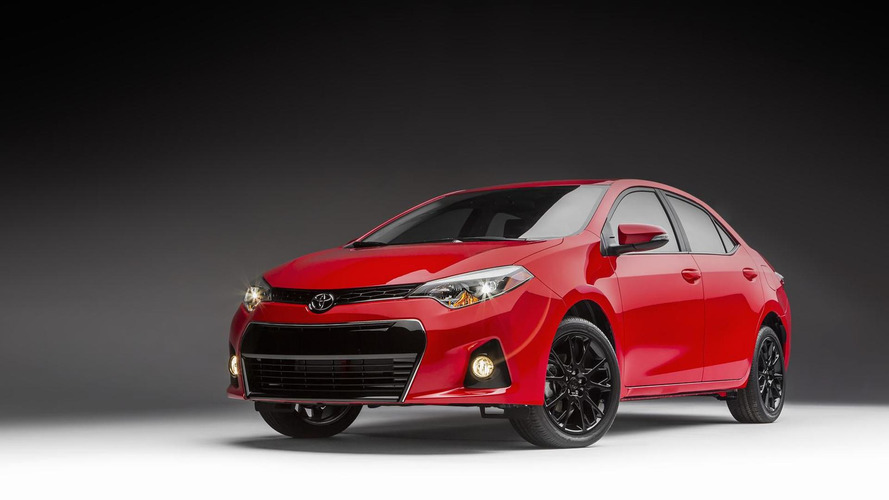 The 2016 Avalon facelift won't be Toyota's only new product at the Chicago Auto Show as the company has revealed special editions of the Corolla and Camry.

The 2016 Avalon facelift won't be Toyota's only new product at the Chicago Auto Show as the company has revealed special editions of the Corolla and Camry.

At an additional cost, buyers will be able to configure the model with extra goodies such as a power tilt/slide moonroof as well as the company's Entune Premium Audio with Navigation and App Suite. Toyota says 8,000 units will be built between August and December this year.

As for the Camry Special Edition, this one is based on the SE version and adds unique 18-inch two-tone alloys, smoked taillights, power tilt/slide moonroof and a choice of two colors: Blue Streak Metallic and Blizzard Pearl. Inside the cabin it gets sport seats trimmed with black SofTex bolsters and blue patterned inserts, while special floor mats and high contrast blue stitching are also part of the package.

The model has also been equipped with Entune Audio Plus, Smart Key with push button start, Qi Wireless Charging, sport meter cluster with white background and blue details, along with an optional Entune Premium Audio system with navigation and app suite.

Both special editions and the facelifted Avalon will premiere on February 12 at the Chicago Auto Show.

Gallery: Toyota Corolla and Camry get special editions in time for Chicago debut