We have an idea as to what it might be.

Remember when BMW used to have only one SUV, the X5? Those days are long gone as the "X" family has blossomed to include no fewer than seven members, plus the fully electric iX3 and iX along with the long-wheelbase X1 for China. Spy shots have revealed yet another (pseudo) high-riding is on its way, tentatively called X8 M or a Citroën-esque XM if we are to rely on a recent report.

The flagship SUV has been indirectly mentioned this week by BMW chairman Oliver Zipse in an interview with CNBC. Without disclosing the model's identity, the 57-year-old executive briefly talked about "another high-end car" that will be announced towards the end of the year before entering production at the Spartanburg plant.

The manufacturing facility in South Carolina is where most BMW SUVs call home as the X3 through X6 models are built there together with their M versions and the flagship X7, which has also spawned an Alpina XB7. As for the upcoming product, Zipse said it won't replace an existing product as it will be a new addition to the lineup: "brand-new model, high-end for the American market but also for the world market."

Allegedly carrying the "Project Rockstar" codename, the new X8 M / XM is rumored to feature a plug-in hybrid powertrain with a twin-turbo 4.4-liter V8 engine and an electric motor to deliver a combined output of roughly 750 horsepower. We're hearing the same PHEV setup is earmarked for the next-generation M5.

Another Luxobarge Is Coming: 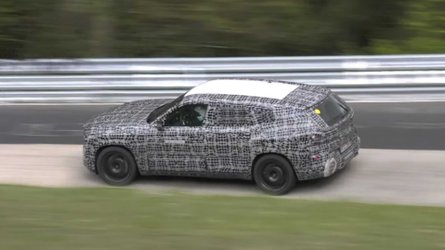 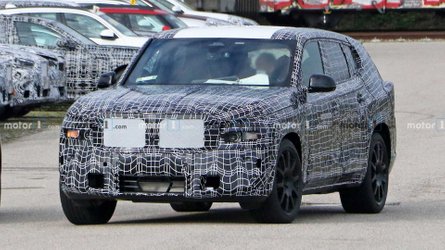 As far as styling is concerned, spy shots of camouflaged prototypes are quite worrying, although it's best to wait for the disguise to come off before judging the SUV's appearance. We do know it will have stacked quad exhausts, split headlights, and a slightly more sloped roofline compared to the X7. Whether it will keep the latter's third row is not known, but if BMW wants the X8 M / XM to be its most athletic SUV to date, it might forgo the rearmost seats to shave off some weight. That would make sense since the sheer size of this thing along with the V8 PHEV setup suggest it will be quite a porker.