How does Japan stack up against the duo from South Korea?

The three sedans in this sort-but-sweet showdown are exceptionally equal. Each car features a twin-turbocharged V6 with similar levels of power. Each one has an automatic transmission. Each claw at the road with all-wheel drive. And each is priced in the $45,000 to $50,000 range. In other words, this should be an epic three-way drag race. On paper, anyway.

Before you click play on this new Throttle House video, there are some notable differences to point out. For starters, we have a Kia Stinger GT AWD facing its dressed-up twin, the Genesis G70 3.3T AWD but they aren't as equal as you'd expect. For 2022, the Stinger boasts a slight under-hood advantage with 368 horsepower (274 kilowatts) versus 365 hp (272 kW) in the Genesis. Both have an eight-speed automatic, but the G70 is the lightweight of this group at approximately 3,900 pounds (1,769 kilograms). That's a 100-pound (45-kilogram) advantage over the Kia. 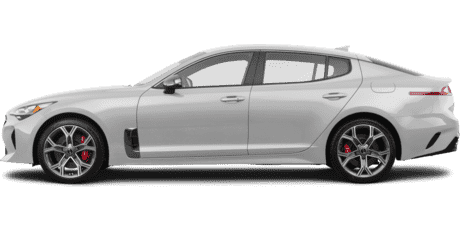 The third contender crashing this Korean party is the Acura TLX Type S, and though it's similar in nature, the stats aren't in its favor. It's slightly down on power at 355 hp (265 kW), which wouldn't be a big deal if it wasn't also 300 pounds (136 kilograms) heavier than the Genesis. However, it does have two more cogs in its 10-speed automatic, so perhaps it can make better use of its oomph?

Yeah, nope. We're not even going to try and suggest the Acura is competitive here. Actually, it makes a good showing on the first half of the standing drag race, but as speeds increase, the power and weight disadvantage of the TLX becomes apparent. It's something we also noticed in our own TLX Type S first drive, though this video does a great job of visualizing the deficiency. It's not a slow sports sedan, but a few more ponies wouldn't hurt.

Everyone Loves A Close Drag Race:

As for the Stinger and G70, they are very well matched indeed. That's to be expected since they boast the same powertrain, though the weight advantage on the Genesis seems to give it an edge. Is it enough to best the Kia in both a standing-start and roll race? We'll say this much – the outcome is very close indeed.