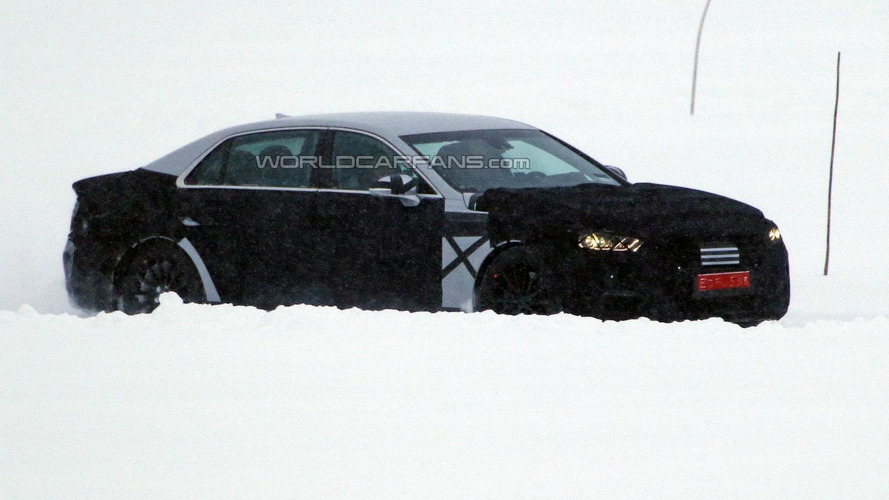 2016 / 2017 Hyundai Equus has been spied undergoing testing on a frozen lake in Scandinavia.

2016 / 2017 Hyundai Equus has been spied undergoing testing on a frozen lake in Scandinavia.

Dressed in heavy camouflaged, the redesigned flagship has an upright grille which is flanked by distinctive headlights. We can also see door-mounted mirrors, large taillights and a dual exhaust system. Furthermore, the roof and pillars seem to mimic those used on the Chrysler 300.

Little is known about the car itself but it will likely feature a 5.0-liter V8 engine that develops at least 420 bhp (313 kW) and 383 lb-ft (518 Nm) of torque. It should be connected to an eight-speed automatic transmission which can be paired to a newly optional all-wheel drive system.

Hyundai hasn't had much to say about the car but speculation suggests the next-generation Equus could be previewed by a concept at the New York Auto Show.