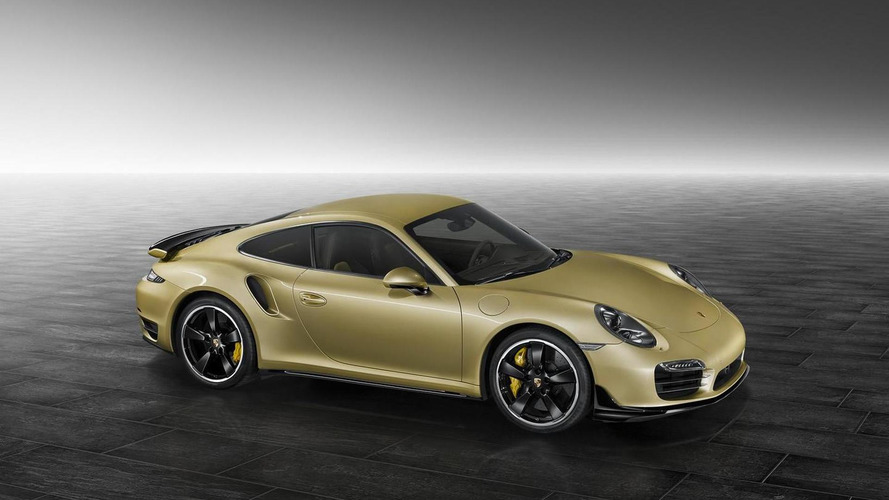 Porsche Exclusive has introduced a new aerokit tailored to the Porsche 911 Turbo and 911 Turbo S.

Porsche Exclusive has introduced a new aerokit tailored to the Porsche 911 Turbo and 911 Turbo S.

The newly developed package brings a different front spoiler panel and a new front lip with side fins. Moving at the back, there's rear lid with a fixed trailing edge and side winglets along with a retractable rear wing with an adjustable angle of attack.

This new kit is more than just for show as it also has an aerodynamic functionality after being tested in the wind tunnel. Moreover, prototypes equipped with the aerokit have been tested at the Porsche Development Centre in Weissach to boost dynamics by increasing downforce while retaining the same cd level. The 911 Turbo's adaptive aerodynamics now generate an extra 17 kg of downforce in Speed setting and 18 kg in Performance setting.

The Aerokit Turbo package is available either in a body-colored variant or with a high-gloss black finish. If the kit is selected, the standard rear apron and side skirts will also be painted and if you order the black version Porsche will apply a black paint on the rear lid's air intake fins to match the retractable rear wing.

If the kit is selected when ordering the car it will cost €5,355 in Germany while retrofitting it costs €4,879 without paint finish and assembly.