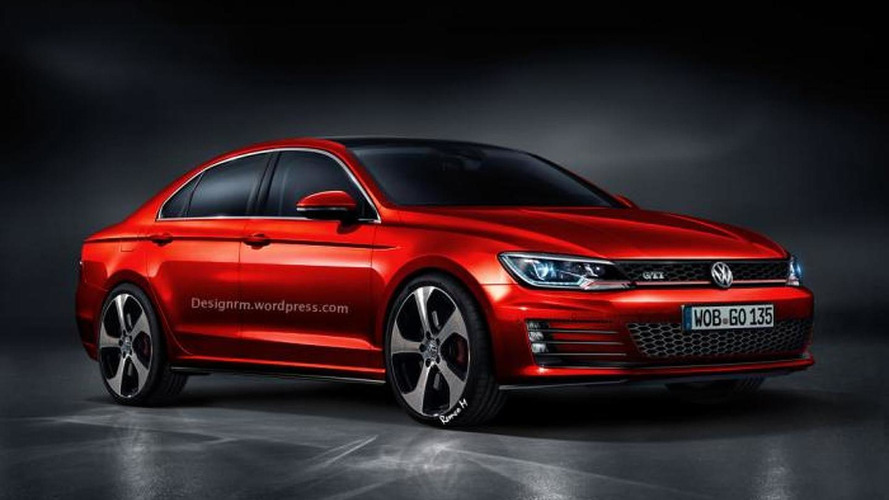 RM Design has envisioned a sporty GTI sedan based on the China-spec Volkswagen Lamando.

RM Design has envisioned a sporty GTI sedan based on the China-spec Volkswagen Lamando.

Rumors about a CC-like version of the Golf have been circulating the web for quite a while and were fueled by Volkswagen’s decision to introduce the Lamando in China. That one is a sleeker alternative to the Jetta and there are some chances of seeing it in Europe but VW needs to adjust the styling further to make it worthy of the CC badge.

Seen here is a Golf/Jetta CC envisioned in the warm GTI guise wearing a Dragon Red paint as seen on the New Midsize Coupe concept which previewed the aforementioned Lamando. It would turn out to be an appealing sporty sedan featuring a four-cylinder 2.0-liter turbocharged gasoline engine with 220 HP & 350 Nm from the Golf GTI which also is available in a GTI Performance version with 230 HP.

However, it might be too late now to see a Golf CC based on the current model since Volkswagen is apparently in a hurry to release the eighth generation as early as 2017. This rumor has some foundation as VW has already announced plans to shorten lifecycles to just five years, with a facelift coming out after three years.