New Sport trim replaces R-Line as the halfway point between the normal Jetta and the hot GLI.

Volkswagen of America is bidding adieu to the Passat with a Limited Edition due to dwindling sales, but the smaller Jetta is here to stay as the compact sedan's popularity is increasing. Year-to-date sales are up by five percent, making it the third best-selling model in the company's US portfolio. It also comes first in terms of name awareness, along with being in second place as far as brand loyalty.

For the 2022 model year, VoA is giving the Jetta the proverbial nip and tuck. Redesigned front and rear bumpers lend the Honda Civic competitor a fresh look, further spruced up by new metallic colors (Rising Blue, Oryx White, Kings Red) and redesigned grilles for both the standard and GLI versions. VW has also created new alloy wheels, varying in size from 16 to 18 inches, and available in two black options.

Stepping inside the familiar cabin, the normal Jetta gets an eight-inch digital instrument cluster as standard equipment whereas the spicy GLI bumps the size to 10 inches. The entry-level trim gets cloth seats with a rhomb motif and the upper-spec sedans come with leatherette or leather upholstery. New for 2022 is a Volcano Brown leather, joined by a two-tone black option. Stepping up to the GLI gets you perforated leather seats and numerous red accents throughout the cabin.

More significant changes have occurred underneath the hood where the base Jetta has finally dropped the 1.4-liter engine in favor of a slightly larger 1.5-liter unit shared with the Taos. Available with a six-speed manual or an eight-speed automatic, the turbocharged four-pot mill runs on the Miller cycle and has been available in Europe since 2018. In the case of the Jetta, it brings an output boost of 11 hp to a Taos-matching 158 hp while torque soldiers on at 184 pound-feet (250 Newton-meters).

The amped-up GLI continues with its larger 2.0-liter turbo engine pushing out an identical 228 hp and 258 lb-ft (350 Nm). We are happy to report the stick shift is still available, alongside a seven-speed DSG at an additional cost. You still get the seventh-gen Golf R brakes along with a multi-link rear suspension replacing the regular Jetta’s torsion beam rear.

If you want a sporty Jetta but can't financially step up to the GLI, the 2022 model year sees the introduction of a Sport trim as a replacement of the old R-Line. It rides on 17-inch wheels and benefits from an electronic differential lock, along with a stiffer suspension setup, black design accents, and a black headliner. The newcomer slots between the entry-level S trim and the more expensive SE, SEL, and the flagship GLI. The latter is offered in a fully loaded specification to better reflect its positioning in the range.

The 2022 VW Jetta and its athletic GLI sibling will hit dealers in the US during the final quarter of the year. The go-faster sedan will have to face some stiff competition coming not just from the recently revealed (and much more powerful) Hyundai Elantra N, but also the upcoming Honda Civic Si. 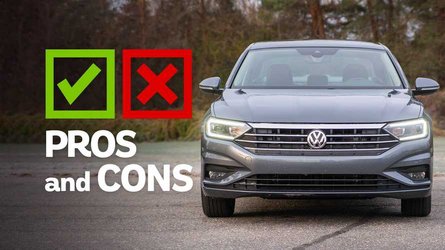 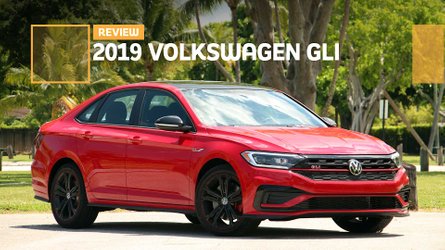