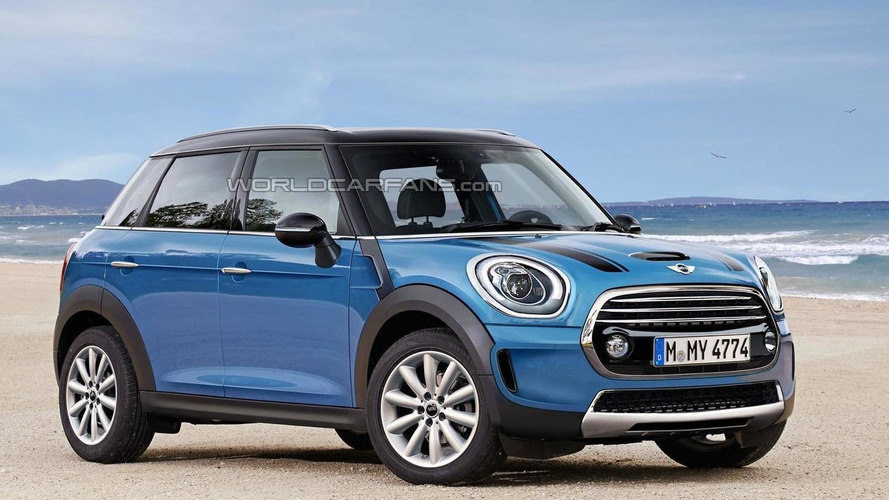 The 2017 MINI Countryman has been rendered based on the latest batch of spy shots.

It was less than a year ago when BMW-owned MINI introduced the facelifted Countryman but shortly after the car's debut at New York Auto Show spy images emerged with the second generation. It will likely come out as a 2017MY and it's not hard to imagine how it will look like as MINI keeps the familiar styling across its lineup so the new Countryman will adopt an evolutionary design.

The model is expected to grow in size - likely making it the biggest MINI ever - so expect a roomier interior cabin granting additional space for the passengers sitting on the rear seats while the cargo capacity should be boosted as well. Front-wheel drive will be standard but select versions will be optionally available with an all-wheel drive system (ALL4).

Riding on the UKL1 platform, the new MINI Countryman will get the same engines as the regular models and will likely hit the assembly line towards the end of 2016. The aforementioned current Countryman facelift is produced by Magna Steyr in Graz, Austria but the new model will be assembled at the VDL NedCar factory in Born, The Netherlands and also at the Oxford plant in UK.