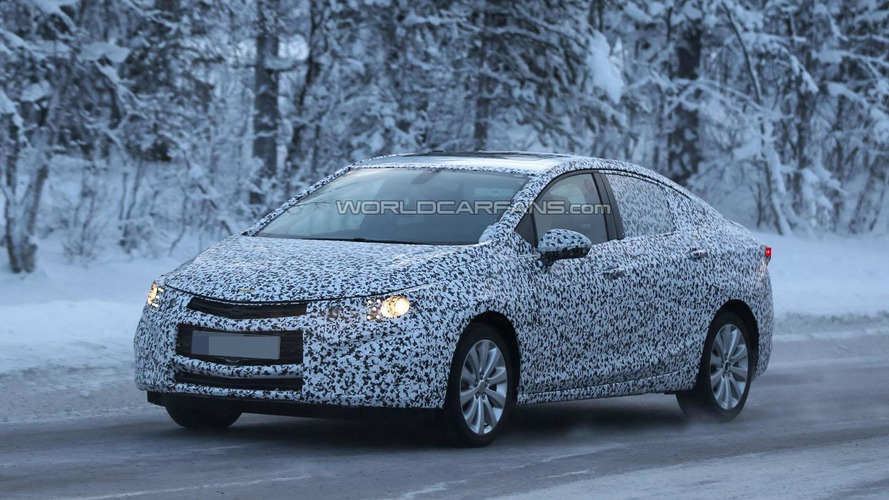 The mysterious Chevrolet Cruze prototype has returned for another round of testing in Northern Europe.

The mysterious Chevrolet Cruze prototype has returned for another round of testing in Northern Europe.

Looking virtually identical to the model we saw last week, this prototype is believed to be based on the next-generation Cruze which was introduced at Auto China 2014.

Despite this, the car has a unique front fascia, a dual-port grille and door-mounted mirrors. This prototype also has sportier styling thanks to an upward sweeping beltline and a more prominent shoulder line.

Little else is known about the prototype but the Chinese-spec Cruze can be equipped with a turbocharged 1.4-liter engine or a naturally-aspirated 1.5-liter unit. They can be paired to a variety of transmissions including a six-speed manual, a six-speed automated manual and an all-new seven-speed DCG dual-clutch gearbox.