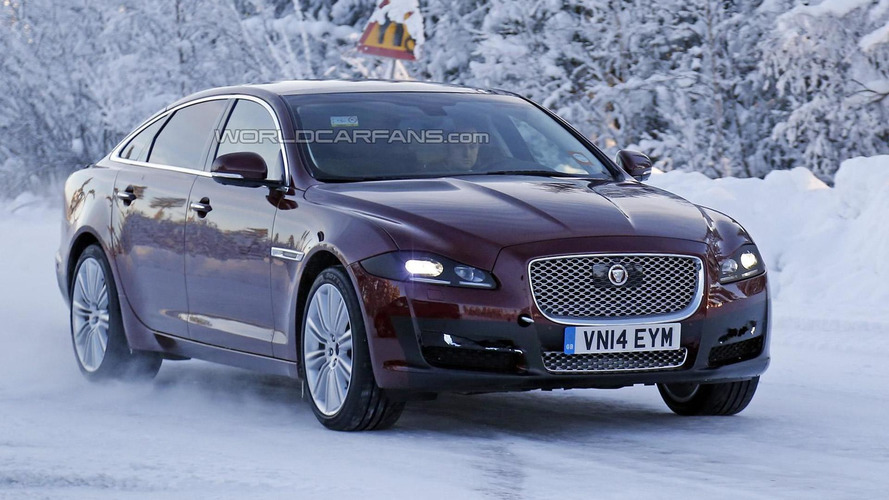 A barely disguised prototype of the Jaguar XJ facelift has been spied during winter testing.

A barely disguised prototype of the Jaguar XJ facelift has been spied during winter testing.

The elegant XJ is about to receive a subtle revision which will be mostly limited to front and rear bumpers while the headlight & taillight graphics are also going to be tweaked but nothing significant. This prototype might not carry all the changes so the final product could boast other modifications although nothing major. A few minor revisions to the interior cabin are also expect so Jaguar could offer new upholstery options, updated trims and additional luxury goodies.

Engine options will likely be sourced from the current variant but Jaguar could decide to offer its flagship model in a more frugal plug-in hybrid derivative as seen in the XJ_e prototype from 2012. It had a four-cylinder 2.0-liter turbocharged engine working with an electric motor, a 12.3 kWh lithium-ion battery and an 8-speed automatic gearbox. The XJ_e had a combined output of 334 HP (245 kW) and was able to cover the 0-62 mph (0-100 km/h) sprint in less than six and a half seconds before topping out at 150 mph (250 km/h).

More importantly, the 2012 Jaguar XJ_e had a fuel consumption of only 3.2 liters / 100 km (87 mpg UK or 72.4 mpg US) in hybrid mode and was able to cover up to 25 miles (40 km) in electric mode. It's been a while since the prototype was unveiled so chances are the hardware setup has been improved so the XJ_e could be even more frugal.

Jaguar will sell the facelifted XJ until 2017/2018 when the next-gen will be out with a radical design.