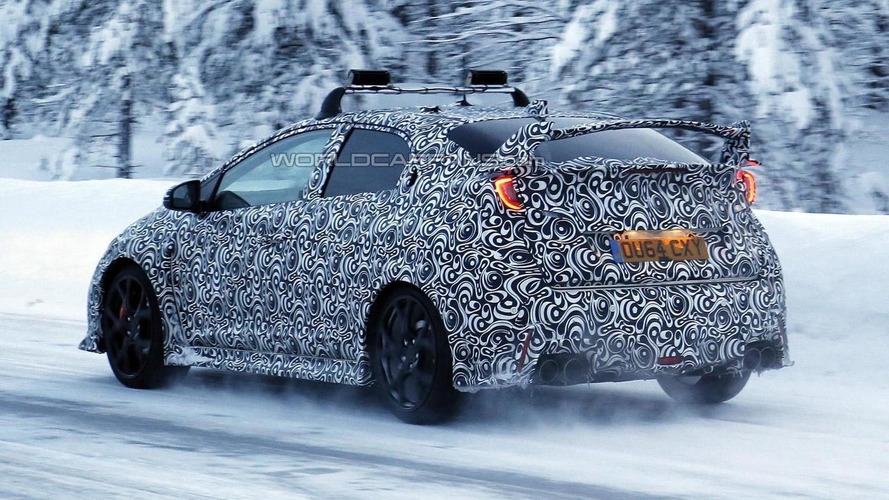 Honda has announced the Civic Type R will finally debut in production guise this March at the 2015 Geneva Motor Show.

Honda has announced the Civic Type R will finally debut in production guise this March at the 2015 Geneva Motor Show where the NSX will also be exhibited.

Following an endless string of concepts, teasers and spy photos, the Civic Type R is just about ready to show its production face and will look a lot like the Type R Concept and Type R Concept II. However, it will obviously be toned down a little bit and might not get the third brake light built into the rear wing as recent prototypes featured the brake light on the spoiler lip.

We know for sure power will come from a four-cylinder, 2.0-liter turbocharged gasoline engine outputting more than 280 HP (206 kW). Honda has also said the Civic Type R will come with an adaptive damper system, sport-tuned suspension and a “+R” button on the steering wheel which if pressed will alter the response of the engine and steering.

Here's hoping that Honda will decide to release images in the next few weeks before the car’s public debut in Geneva while sales will commence in the second half of the year.