We're still looking for the perfect word to describe these people.

Blocking a wide highway that sees hundreds of millions of cars annually and doing donuts isn't exactly a bright thing to do – most people I know would likely think this way. In fact, anyone who thinks with their head should tell you that this is an immaculately idiotic thing to do.

But these guys thought otherwise and fortunately, there's a video that serves as an evidence. As seen on the embedded Reddit post below, a handful of cars blocked a portion of a highway, only to let their buddy in a silver Camaro Convertible do some burnouts.

According to the post, this happened in New Jersey Turnpike last weekend. We're not sure for how long did the blockage happen or whether these attention-seeking individuals got nabbed for doing such an egregious act. All we know is that three cars were blocking the road and their license plates are displayed in the open in the 45-second video above.

It goes without saying that blocking a busy highway is something you shouldn't do, unless you're hooligan who doesn't have a regard for the time of other people. If in any way you're reading this and you think it's okay, we recommend getting yourself checked.

Things You Shouldn't Do: 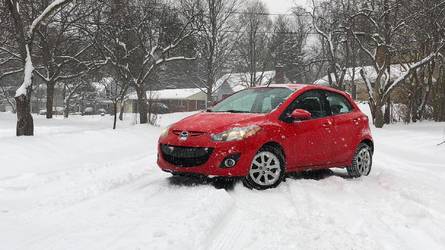 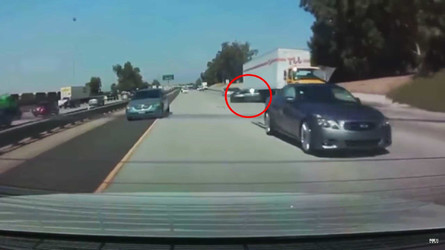 For what it's worth, this isn't the first time that we've seen idiots behind steering wheels. Last year, we've seen a dumb Dodge Charger who hit a crowd after a failed burnout... and fled the scene. Last May, we saw a U-Haul driver destroy the piping of a parking building, which saw brown stuff coming out of the pipes.

Fact is, there are several instances where drivers make bad decisions resulting to catastrophic, sometimes funny, consequences. Then again, intentionally disregarding the law for the sake of likes and content is another story.