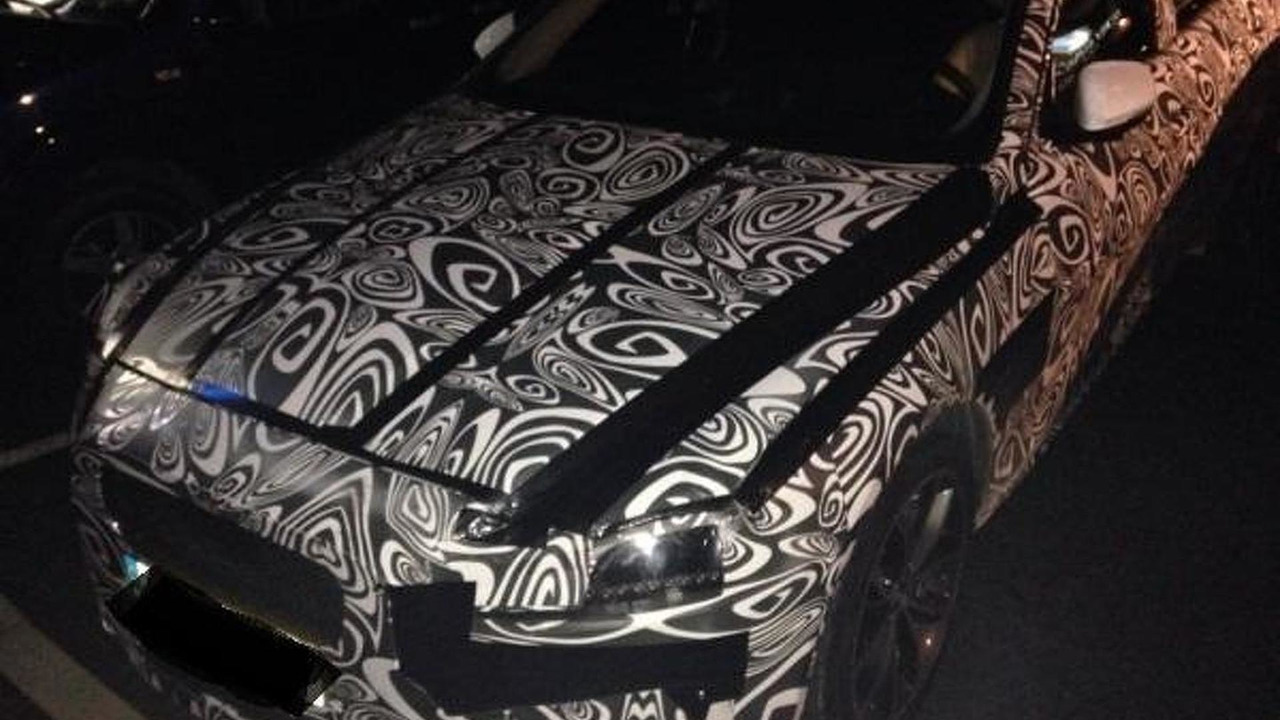 A fully camouflaged test prototype of the 2016 Jaguar XF has been photographed in France.

The spy photos, made by a reader of AutoPlus, don’t reveal much and the only thing we can see clearly is the headlights graphics with LED daytime running lights integrated. Previous photos of the model have shown it will grow in size to distance itself from the entry-level XE sedan.

Based on the new iQ[Al] platform that also underpins the XE, the 2016 XF is expected to be up to 100 kg (220 lbs) lighter than its predecessor. The engine lineup will include a 2.0-liter four-cylinder Ingenium engine, a supercharged 3.0-liter V6 and the range-topping supercharged 5.0-liter V8 engine.

Hit the source link below for more spy photos.