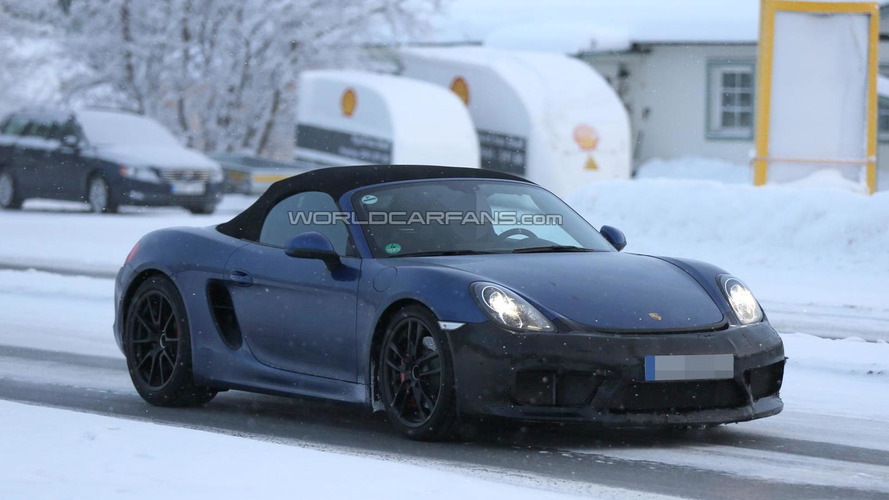 It was earlier this week when we provided the first batch of spy images with a range-topping version of the Porsche Boxster undergoing winter testing and now more details have emerged about the model. It is believed the model will be known as the "Club Sport" and will be just as powerful as the GTS version which packs 330 HP & 370 Nm from a flat-six 3.4-liter boxer engine.

Developed by Porsche's mainstream operation (rather than the motorsport division), the hotter Boxster will be lighter than the GTS and will also come with an array of chassis tweaks to enable a sportier ride. It will also boast a more aggressive front bumper along with an extra air intake located at the bottom of the hood. The car should also sit a bit lower and will feature a ducktail spoiler at the back.

Taking into account a facelifted Boxster should be unveiled before the end of the year, chances are the Club Sport version will be introduced sometime in 2016 and will obviously cost more than the GTS.