The bigger brakes and quad-exhaust tips were big giveaways.

The third-generation Land Rover Range Rover Sport reappeared back in June after a year-long absence, though the automaker still had it covered in thick camouflage. A new batch of spy shots has captured the model again, though this is the hotter SVR variant. Even though the camouflage still covers up much of the SUV’s evolutionary design update, it’s impossible to miss the bigger brakes and quad-exhaust outlets.

The new Sport looks a lot like the regular next-gen Range Rover that’s also under development, though it appears the Sport has different headlights and a different grille. Otherwise, there’s not a whole lot that’s different from our eyes. The camouflage has to come off to reveal the actual changes. We’ve yet to see the interior, though the Sport should share its look with the interior found in the new Range Rover. The two share Land Rover’s Modular Longitudinal Architecture platform.

The shared underpinnings mean we’ll see the two share powertrains, though customers should expect the next-generation SVR to use a BMW-sourced twin-turbocharged V8. The current SVR makes 575 horsepower (428 kilowatts), and the new engine is expected to deliver closer to 600 hp (447 kW), which shouldn’t be challenging as the X5 M Competition already pumps out 625 (466 kW). The V8 will be the SVR’s only powertrain, though the rest of the RR Sport lineup should offer a variety of powertrain offerings. 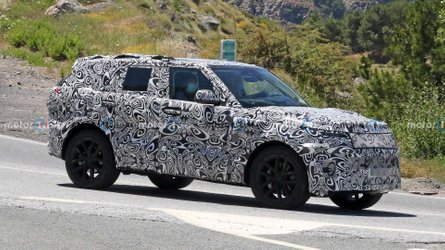 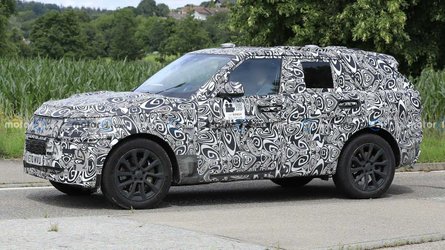 The Range Rover Sport is also expected to come with a 48-volt mild-hybrid powertrain, a fully electric version, and a plug-in hybrid. The SVR’s thirsty V8 will sit at the top of the lineup. We’ll get our first glimpse of the Range Rover Sport later this year when Land Rover reveals the regular Range Rover. There will be differences between it and the Sport, though we will likely have to wait until the end of 2022 for the big debut. It’s expected to arrive for the 2023 model year.