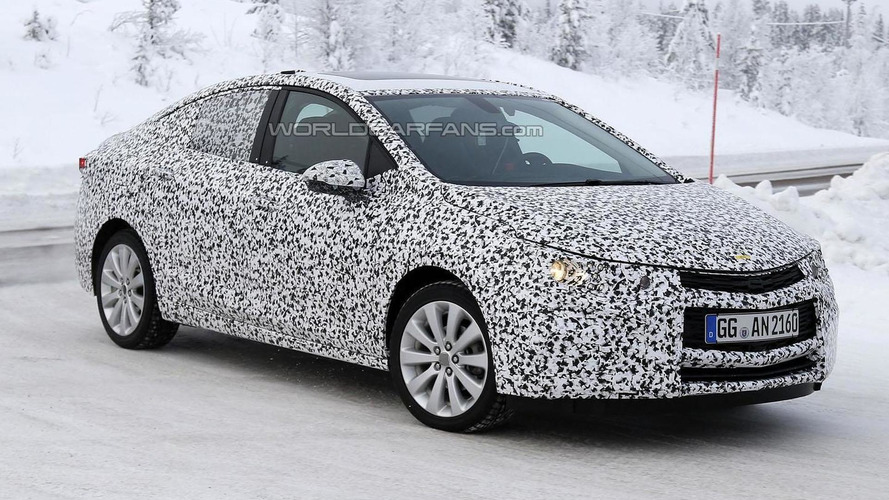 A mysterious Chevrolet Cruze prototype has been spied undergoing testing in North Europe.

A mysterious Chevrolet Cruze prototype has been spied undergoing testing in Northern Europe.

While the car is heavily camouflaged, it has a unique front fascia which differs from the Chinese-spec model that was unveiled last April. This could suggest it's an American variant but that's far from official at this point.

Regardless of what it is, the prototype has a dual-port grille with what appears to be a bow-tie emblem. The car also has an upward sweeping beltline, a shark-fin antenna and door-mounted mirrors.

Little else is known about the prototype but the Chinese-spec Cruze can be equipped with a turbocharged 1.4-liter engine or a naturally-aspirated 1.5-liter unit. They can be paired to a variety of transmissions including a six-speed manual, a six-speed automated manual and an all-new seven-speed DCG dual-clutch gearbox.