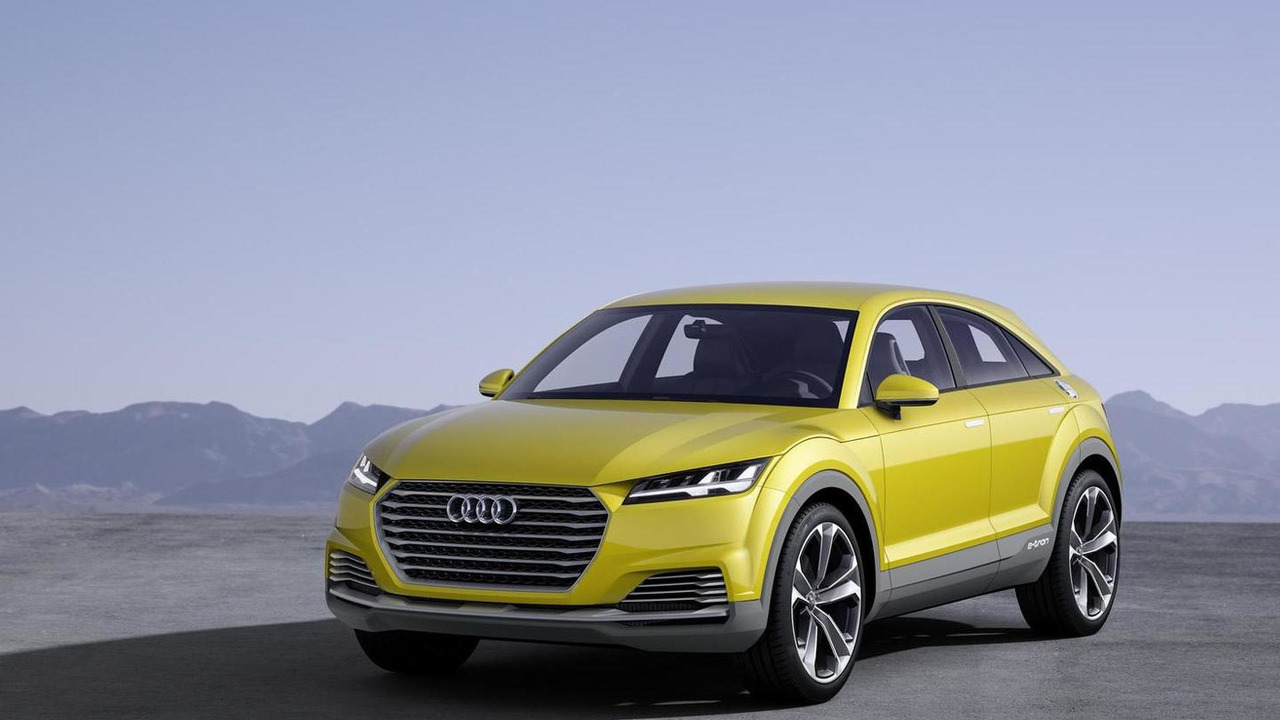 British media is reporting the Audi TT offroad concept will morph into a production version in 2017.

British media is reporting the Audi TT offroad concept will morph into a production version in 2017.

Audi has already confirmed a third body style is being preparing for the TT family and they "warned" us it will most likely take the shape of a crossover. Now, CAR says the project has green-lighted for a 2017 launch and the car will essentially be an evolution of the TT offroad concept unveiled at last year's Beijing Motor Show.

The model was originally supposed to get the Q4 moniker but since there's a dispute between Volkswagen and FCA for the rights to use the Q2 and Q4 names, Audi had no other way but to think of a different designation. As a consequence, the high-riding model will likely be commercialized with the "TTQ" moniker to "avoid a confrontation with Fiat, we don't overcrowd the Q corral, and we add a fresh twist to the TT theme", according to an Audi insider.

Don't hold your breath for production versions of the TT allroad shooting brake and TT Sportback as these will not hit dealerships. As for the TTQ, it will be a sportier-looking alternative to the Q3, just like BMW is selling an X4 alongside the X3.

The Audi TTQ (name not confirmed) will probably go on sale sometime in 2017.