Ford plans to replace all of the molded-in color hardtops.

UPDATE: After speaking to representatives from Ford, we've updated this post with additional information.

The hiccups that have delayed the Ford Bronco from entering production haven’t stopped now that the off-roader is finally rolling off the assembly line. Quality issues with some of the Bronco’s molded-in color hardtops, the only hardtop type available right now, have caused Ford to inform customers that it will replace all of them. However, building and installing the replacement roofs means Ford has to delay some production yet again.

”We’re embarrassed this has happened, but we’re doing what is right for the customer by replacing 100 percent of these roofs,” said Ford General Manager, Passenger Vehicles Jeff Marentic.

Ford said in a letter to customers that was posted to Bronco6g.com that it would need to replace all existing roofs before producing any new hardtop two- or four-door Broncos, which the automaker confirmed with Motor1.com. That explains the thousands of SUVs spotted earlier this week sitting near the Michigan Assembly Plant. Ford doesn’t expect the new roofs to be available until October, which muddles the model’s production timeline.

Customers with a scheduled production date will have to wait until sometime in September for an update about timing, and those who didn’t order the First Edition model won’t receive the 2021 model year SUV. Instead, they will receive a 2022 one. Ford will, however, honor 2021 model year MSRP pricing for 2022 and 2023. This is only available to those who placed a reservation or order before March 19, 2021.

Customers who have already taken delivery will be notified the first when the new roofs become available later this year. Those with Bronco build dates already passed will have to wait until Ford fixes them before they’re delivered. Customers without their Bronco order scheduled for production, who don’t want to wait, can switch to a soft top without losing their place in the production line, though supply constraints are making it hard for Ford to meet the production demand for Broncos equipped with the Wildtrack trim, Sasquatch package, Lux package, the 2.7-liter V6 engine, and more. Four-door soft top Bronco production continues.

Ford said it made changes with its supplier Webasto to guarantee it meets Ford’s production requirements. That includes Webasto adding a second production plant next year to expand capacity. So far, Ford has sold a little over 3,000 Broncos. Ford received 190,000 reservations, about 125,000 of which were converted into orders. Some 70 percent or more are new to Ford, too.

Not A Smooth Rollout: 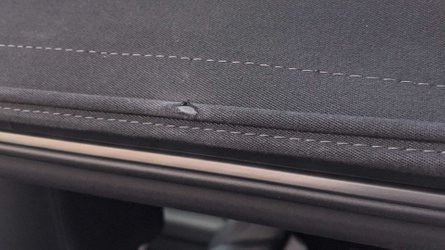 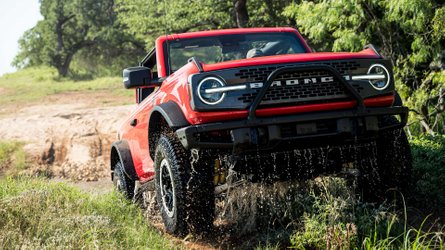 Ford Bronco Likes To Whistle While It Works, Owners Aren't As Happy

”We’re nowhere near where we need to be in terms of volume or quality,” said Marentic.

Owners began flocking to forums shortly after deliveries began last month to complain about roof appearance problems and other related issues. Ford says there are no safety issues with the top, though extreme water and humidity could cause an unsatisfactory appearance. This development is quite disappointing as Ford had previously asked waiting Bronco customers to switch to the molded-in color hardtop who didn’t want to wait for the other hardtop options that were delayed earlier this year. The problems keep piling up for Bronco customers, and Ford is doing all it can to deliver the much-desired product.