Mike Webb from the Bronco6G forum took a video of thousands of parked Ford Broncos near the Michigan Assembly Plant. Motor1.com reached out to the automaker to find out what was going on. A spokesperson told us these SUVs were waiting for quality checks before shipping them to showrooms.

If this explanation is accurate, then it seems like Ford needs to beef up its quality control team because the Bronco is in high demand. Dealers would love to have these SUVs to sell. Also, leaving the vehicles sitting outside at least leaves the possibility of them somehow getting damaged.

There have been quality control issues with the early examples of the Bronco. One issue was with the hardtop that included honeycomb or snakeskin-like pattern appearing on the exterior of the panels. Inside, the headliner was separating from the roof.

Photos also showed that lateral play in the soft top mechanism could hit the roll bar when raising or lowering the roof. This was causing pieces of paint to chip off the roll bar. 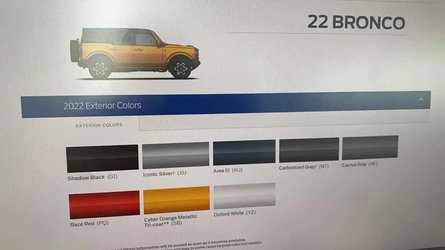 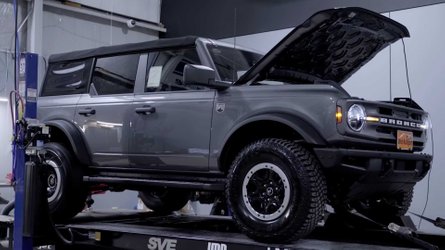 2021 Ford Bronco With Turbo Four-Cylinder Does A Dyno Run

Another roof-related issue was excessive wear to the fabric soft top. The problem was allegedly related to the material rubbing against a piece of plastic when folded down.

There were also reports of a whistling sound coming from the mirrors and grille when the SUV is going over 30 miles per hour. Ford released a technical service bulletin saying the noise was from airflow through a gap between the grille and hood, and the company said it was working on an improved seal.

Ford needs to solve these issues because the Bronco is an early success and is even conquesting customers from other brands. The Blue Oval says 70 percent of the customers for the SUV don't already own a Ford vehicle.