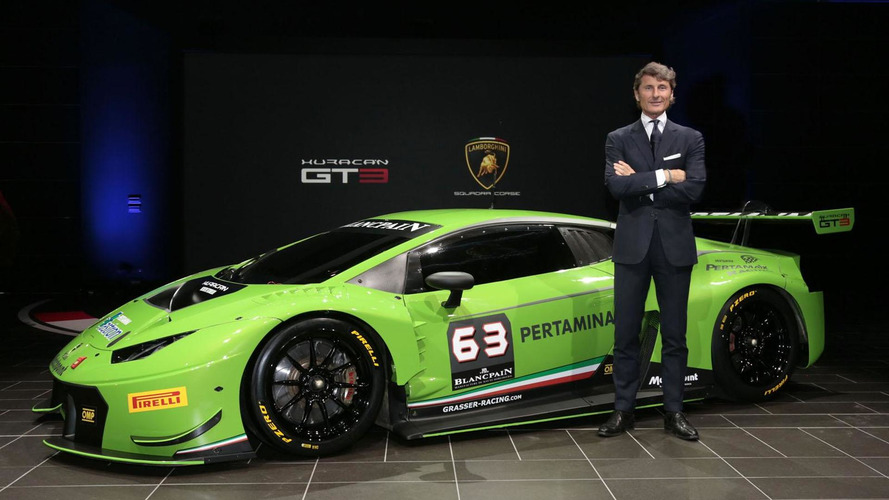 Lamborghini has unveiled the new Huracan GT3 at their headquarters in Sant'Agata Bolognese, Italy.

Lamborghini has unveiled the new Huracan GT3 at their headquarters in Sant'Agata Bolognese, Italy.

Set to compete in the Blancpain Endurance Series later this year, the Huracan GT3 has a composite body with an aerodynamic body kit that includes an adjustable front spoiler, carbon fiber canards and a new hood. The car also has ventilated front fenders, revised side skirts and an adjustable rear wing. Other notable changes include an aggressive rear diffuser and a sporty dual exhaust system.

Lamborghini was coy on technical specifications but confirmed the car rides on an Alu-Carbon chassis with a modified front and rear subframe. The model also has high-performance brakes, an FIA-compliant roll-cage and a roof hatch which enables the driver to escape the vehicle in case of an emergency.

The company declined to release interior pictures but said the car has a new multifunction steering wheel, a carbon fiber racing seat and a fire extinguishing system.

Power is provided by an upgraded 5.2-liter V10 engine that is connected to a six-speed sequential transmission with a three-disc racing clutch.