It's racing a Subaru Crosstrek.

The Tesla Model S Plaid is an absolute demon on the drag strip, and this video highlights its performance in a very different way. The EV lines up against a Subaru Crosstrek, and the Tesla driver gives the little crossover a 10-second headstart off the line.

To hype the race, the Tesla driver plays the theme from Jaws inside and outside of the EV. When the lights go green, the Subaru cruises away. This is not a performance vehicle, and the drag strip isn't where you'd expect to see it.

When the light turns green, the Tesla just sits on the starting line. Ten seconds later, the Model S Plaid launches and rapidly gains ground on the Subaru. The EV is quick enough to complete the quarter-mile just before the Subaru does it.

A separate video offers the times for the two cars. The Tesla Model S Plaid covered the quarter-mile in 9.34 seconds at 149 miles per hour (240 kilometers per hour). The Subaru Crosstrek needed 18.7 seconds and was going 78 mph (126 kph). 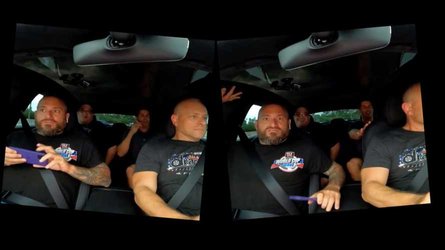 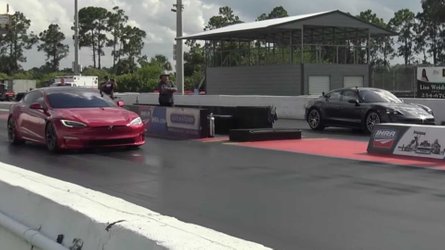