Still front-wheel drive, still not for the US.

Europe's increasingly stringent emissions regulations have forced the Blue Oval to cancel the launch of a flagship RS version of its fourth-generation Focus. The silver lining for enthusiasts is that Ford is still selling the ST in plenty of configurations, with a gasoline or diesel engine, manual and automatic gearboxes, and a choice between a hatchback or a wagon body style. On top of that, tuners will happily work on the engine to give it RS levels of power.

Case in point, UK specialist Mountune is presenting its latest upgrade package for the Focus ST, which builds upon the M330 kit introduced back in March 2020. The revised aftermarket pack has been dubbed M365 to reflect its 365 PS output, which translates to 360 horsepower (268 kilowatts). Torque is also up to a healthy 560 Newton-meters (413 pound-feet), and yes, the Focus ST remains front-wheel drive.

That's actually 10 hp more than the Focus Mk III-based RS, although there was a Heritage Edition serving as the swan song with 370 hp courtesy of an upgrade coming from the very same Mountune. The newly releases M365 tailored to the manual Focus ST equipped with the turbocharged 2.3-liter gasoline engine comes along with a more exciting engine soundtrack when the car is in Sport or Track mode.

Speaking of which, the Track mode has been recalibrated and Mountune says the whole upgrade pack available as an ECU remap is done through the company's proprietary mTune SMARTflash app. You'll only need a smartphone and the supplied Bluetooth OBD interface, thus avoiding the hassle of having to use a laptop. 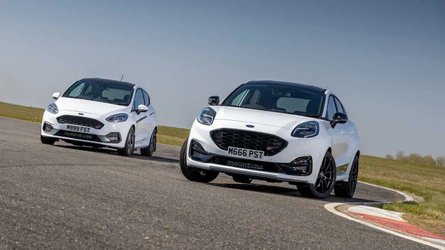 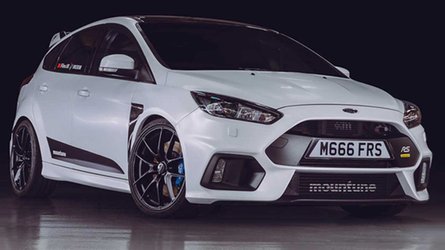 The significant boost in power costs £574.17 (about €677 or $797 at current exchange rates) in the United Kingdom, which seems fairly reasonable considering it unlocks 84 hp and 140 Nm (103 lb-ft) over a standard Focus ST equipped with the gas engine.

It's too bad the US is missing out on Ford’s hot hatch, and we could say the same thing about the smaller Fiesta ST and its crossover sibling, the Puma ST.