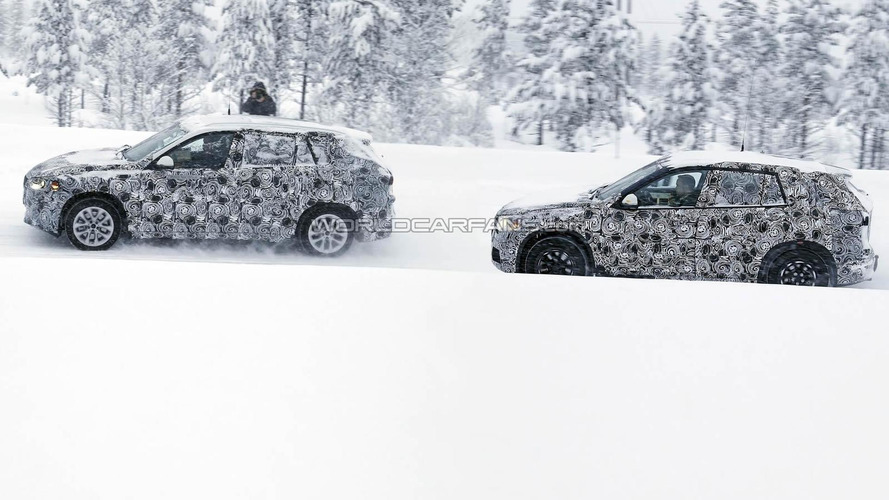 Our spies have sent us a batch of images depicting both five- and seven-seat versions of the all-new BMW X1.

Our spies have sent us a batch of images depicting both five- and seven-seat versions of the all-new BMW X1.

BMW is planning some major changes for their entry-level crossover as the second-gen X1 will make the switch to the UKL1 platform which means it will adopt a front-wheel drive layout, with xDrive set to be optional on select versions. In addition, the X1 is set to grow in size compared to the outgoing model and it will also spawn a seven-seat version as depicted in the attached spy images but it won't be a true seven-seater, more like a 5+2 as only kids will likely fit on those two rear seats.

Also noticeable on one of the prototypes is the "Hybrid Test Vehicle" lettering which indicates the X1 is going to be offered with electric assistance to improve mileage. The conventional engines will likely be sourced from the 2-Series Active Tourer, BMW's first ever front-wheel drive car. Expect the range to include a 3-cylinder 1.5-liter turbo gasoline motor with 136 HP & 220 Nm) as well as a variety of 4-cylinder 2.0-liter gasoline & diesel engines also offered in the MINI.

BMW could decide to reveal the second generation X1 and its seven-seat sibling this year, possibly in September at the 2015 Frankfurt Motor Show.