Driving supercars for a living certainly sounds like one of the coolest jobs in the world, but we all have bad days every now and then. We can only assume it was one of those days for this Lamborghini test driver as he decided to flip the proverbial bird to YouTuber and amateur spy photographer Varryx. The car he was driving looked like a prototype of the Huracan STO, so it's not like the man with the camera was recording a video of a secret model.

We've featured Varryx repeatedly here on Motor1.com as he has an eye for shooting exotic Italian cars undergoing testing out in the open. Speaking of which, this video was filmed on a public road, just outside of the Lamborghini factory in Sant'Agata Bolognese, therefore he didn't do anything illegal. Lamborghini might have noticed this guy before, stalking its prototypes, and likely isn't thrilled he takes images and videos to publish on social media.

Not The First Time It Happens: 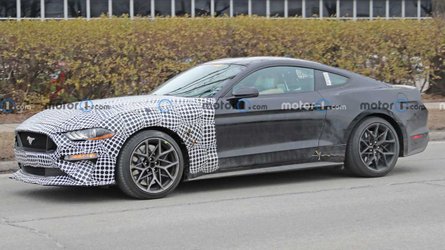 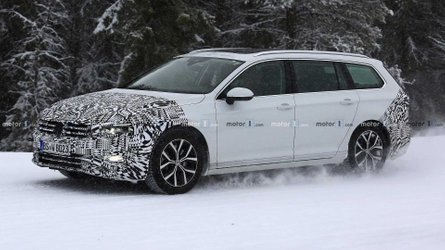 Our own professional spy photographers have been given the one-finger salute in recent years, including from Ford, Volkswagen, Hyundai, Kia, or Nissan test drivers. Let's just say it's not the first or the last time it happens. Varryx took to Instagram to describe the rude gesture as being "childish behavior" before mentioning he will send photos and this video to Lamborghini's customer care to "see what they think about it."

"I've met a lot of test drivers in the past years, from Ferrari, Lamborghini, even Pagani, and most of them were happy to see the pictures and the videos of them driving such beautiful cars. I also became friends with some of them because you know, it's nice to share the passion! But no, this guy had to be rude for no reason at all."

Needless to say, a raised finger is not the end of the world. It's nothing more than an obscene gesture at the end of the day. It seems unlikely Lamborghini will take any actions against the driver, maybe a verbal reprimand at most. That said, it's understandable why car manufacturers are not happy when photographers spy on their latest cars. Case in point, another Huracan STO was seen back in May at the Nürburgring using "special gasoline," presumably for a lap record attempt.