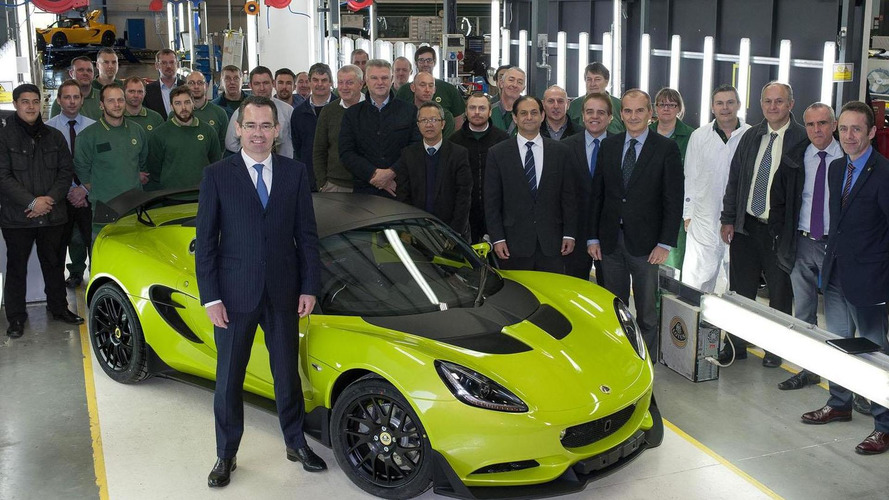 Described as a no comprise track-day and road car, the model features an aerodynamic body kit and a supercharged 1.8-liter four-cylinder engine that produces 217 bhp (162 kW) and 184 lb-ft (249 Nm) of torque.

Described as a no comprise track-day and road car, the model is heavily influenced by the Elise S Cup R and features an aerodynamic body kit that includes a front splitter, winglets and bargeboards. The model also has a fixed roof, a rear wing and a massive rear diffuser.

Besides the aerodynamic styling tweaks, the car comes with a "T45 specification" roll bar which allows for future upgrades including the installation of a competition harnesses and a full roll cage. There's also a modified electrical system which allows for the easy installation of accessories such as a kill-switch and a fire extinguishing system.

Power is provided by a supercharged 1.8-liter four-cylinder engine that produces 217 bhp (162 kW) and 184 lb-ft (249 Nm) of torque. It is connected to a six-speed manual transmission which enables the 932 kg (2055 lb) model to accelerate from 0-60 mph from 4.2 seconds before hitting the aforementioned top speed of 140 mph (225 km/h). The car is also three seconds faster around the Hethel track than the standard Elise S.