It literally happened during a live news broadcast.

Who can understand the mysteries of the universe? Case-in-point is this video which features a pickup truck sinking rather quickly into a lake while launching a boat. That's the obvious takeaway, but what you're really seeing here is fate casting its curious shadow upon multiple individuals at the same time. And for each, the end result is very different.

For the record, there were no reported injuries in this caught-on-camera incident. It happened on July 29 at Lake Springfield in Illinois, and in fact, we can tell you it happened precisely at 6:20 pm on July 29. That's because NewsChannel 20 reporter Jakob Emerson was standing at the boat launch for the lake doing a live news broadcast when it happened. The report was apparently about some controversy over the construction of another lake, and hey, using a lake as a backdrop for a live report makes all kinds of sense. That's life in the world of news.

At the same time, someone was launching what looks like a fishing boat at the ramp. We clearly see a current-generation GMC Sierra HD slowly reversing while Emerson handles his live report, disappearing behind him until only the passenger-side mirror is visible. All seems fine until the mirror quickly disappears as well, and we can only imagine what he was hearing behind him while trying to wrap the report. When the live portion ends, his gasp upon turning around pretty much tells the story.

A report from Emerson on the sinking doesn't explain exactly what happened, other than to say the truck slipped off the boat ramp. Presumably the truck was in park, and a related report talks about the dangers of steep boat ramps that can become slippery with algae.

We don't have details on the pickup, though we can see it's a current-generation GMC Sierra. Judging by the grille we'd say it's a Denali, which currently has a starting price of $67,690 per GMC's website. Ouch. 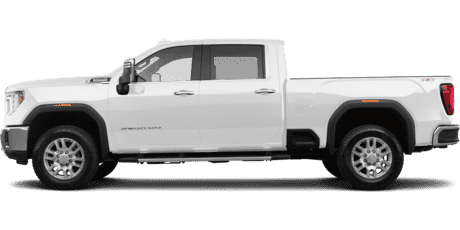 It's not rare to catch acts of fate on video. But capturing fate frowning on one person while simultaneously smiling on the other? That's worthy of some attention. We're grateful nobody was hurt, but holy cow was this reporter in the right place at the right time.