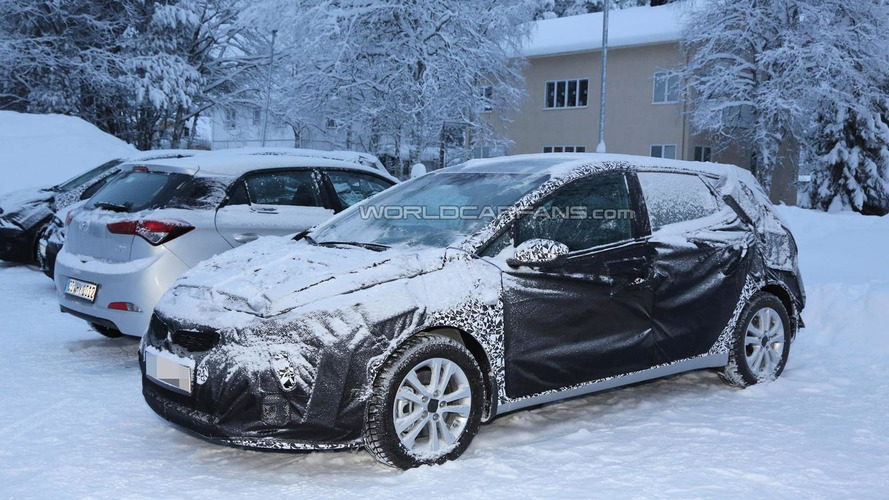 These are the first spy images depicting Kia's upcoming facelift for the cee'd compact hatchback.

These are the first spy images depicting Kia's upcoming facelift for the cee'd compact hatchback.

The second generation cee'd was unveiled almost three years ago at the Geneva Motor Show so obviously Kia is preparing a mid-cycle update to keep their affordable C-segment model fresh and competitive. Just like sister model Hyundai i30 facelift, the changes will be subtle and judging by these images taken near the Arctic Circle we should expect to see revised headlights & taillights along with lightly modified bumpers.

The prototype was covered in full camouflage so it's hard to notice any other design changes but there should be minor tweaks to the upper & lower front grilles and possibility some light updates inside the cabin.

It should be mentioned Kia and Hyundai have been previewing some downsized 1.0- and 1.2-liter turbocharged engines for quite some time but still there's no word about availability.

The facelifted cee'd range will likely be introduced in September at the Frankfurt Motor Show.