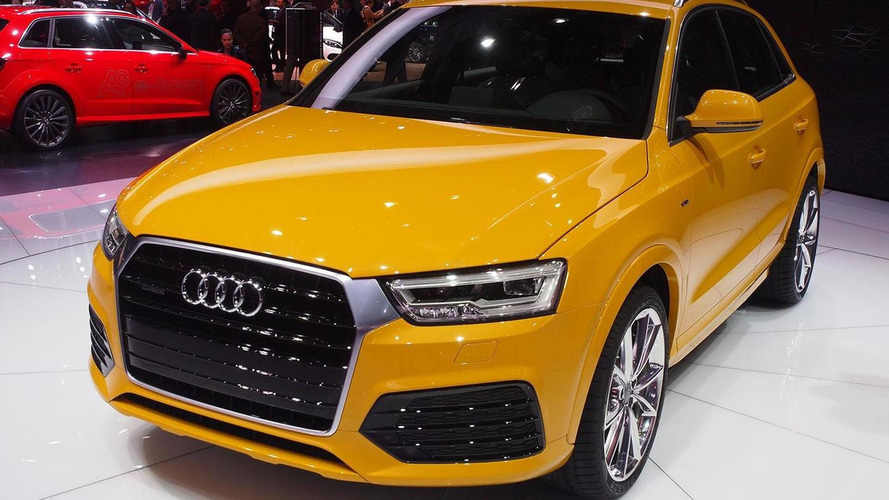 Audi has staged the North American debut of the facelifted Q3 in Detroit.

Audi has staged the North American debut of the facelifted Q3 in Detroit.

Interior changes are limited but include additional chrome trim and an extendable cargo compartment cover.

Audi declined to release U.S. specifications but the model is offered with six different turbocharged four-cylinder engines that have outputs ranging from 120 PS (88 kW) and 220 PS (162 kW). There's also a range-topping RS Q3 with a turbocharged 2.5-liter five-cylinder engine that develops 340 PS (250 kW) and 450 Nm (332 lb-ft) of torque. The latter engine is connected to a seven-speed S tronic transmission and a quattro all-wheel drive system which enables it to accelerate from 0-100 km/h in 4.8 seconds before hitting a top speed of 250 km/h (155 mph).

The facelifted Q3 will go on sale in Germany in February, so a U.S. launch is still a ways off.