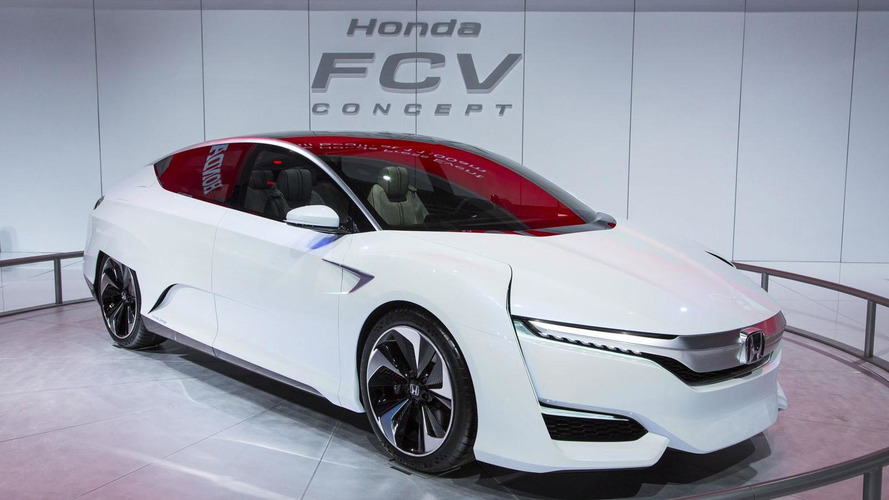 Honda has staged the North American debut of the FCV concept in Detroit.

Honda has staged the North American debut of the FCV concept in Detroit.

Designed to preview the production model that will be introduced in Japan in 2016, the concept has an aerodynamic exterior with a gently sloping roofline and numerous intakes which channel the air to reduce drag. The concept also has LED headlights, aerodynamic wheels and a stylish rear end.

Honda didn't have much to say about the car's specifications but confirmed the production model will have a new fuel cell that fits under the hood and is 33 percent smaller than the one used in the FCX Clarity. The model will also have a range in excess of 300 miles (482 km) and an anticipated refueling time of approximately 3 minutes.
Following the car's launch in Japan, it will eventually be offered in Europe and the United States.