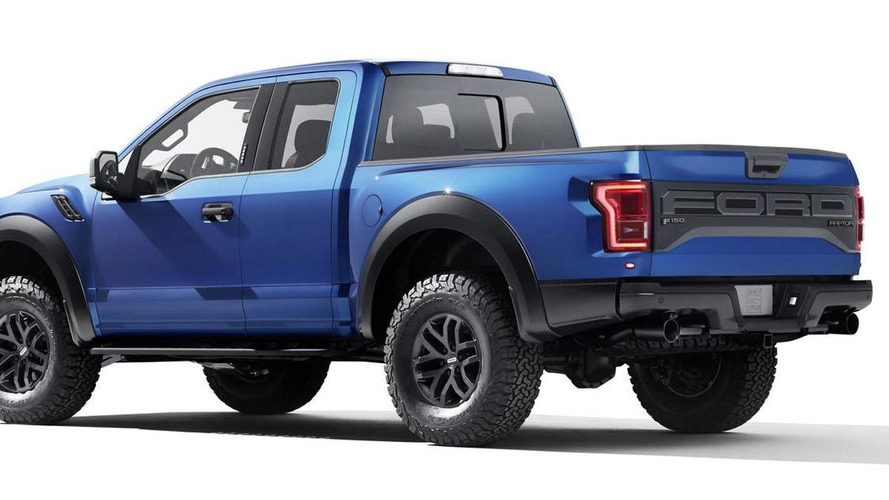 The North American International Auto Show continues as Ford has taken the wraps off the highly-anticipated 2017 F-150 Raptor.

The North American International Auto Show continues as Ford has taken the wraps off the highly-anticipated 2017 F-150 Raptor.

Billed as the "ultimate high-performance off-road pickup," the model has an evolutionary design that is instantly recognizable.

The cabin largely carries over but features steering wheel mounted paddle shifters and an auxiliary control panel for aftermarket accessories such as lights and an air compressor.

Ford was coy on technical specifications but confirmed the Raptor will be powered by a high-output version of the company's 3.5-liter EcoBoost V6 engine.  It will produce more than the current 6.2-liter V8 that develops 411 bhp (306 kW) and 434 lb-ft (587 Nm) of torque.

The engine will be connected to a new 10-speed automatic transmission and an all-new four-wheel-drive system with a torque-on-demand transfer case.  Ford says the latter manages power distribution between the front and rear wheels and combines the "best attributes of clutch-driven, on-demand all-wheel drive with durable, mechanical-locking four-wheel drive."

The truck also has a new Terrain Management System that enables the driver to select between several different modes including: Normal, Street, Weather (rain, snow and ice), Mud / Sand, Baja and Rock.  Ford says the system changes the calibration of the powertrain, driveline, traction control system, anti-lock brakes and AdvanceTrac stability control system for "optimal performance" for the chosen conditions.

If that's not impressive enough, the truck can be equipped with an optional Torsen front differential which "significantly" improves the model's off-road capability.

Furthermore, the truck features more high-strength steel than its predecessor but weighs more than 500 lbs (227 kg) less thanks to the extensive use of aluminum.

The F-150 Raptor will go on sale in the fall of 2016 and pricing will be announced closer to launch.