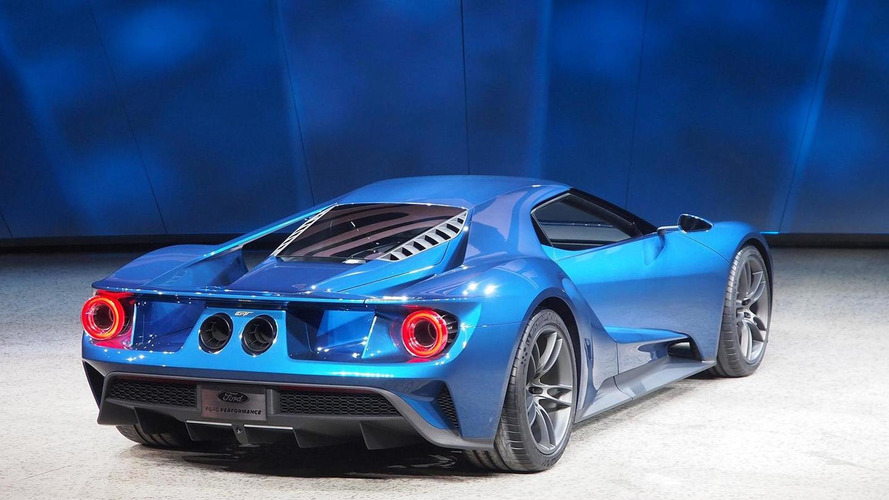 The Ford GT has been unveiled with a new twin-turbo EcoBoost engine delivering more than 600 bhp.

The Ford GT has been unveiled with a new twin-turbo EcoBoost engine delivering more than 600 bhp.

Perhaps one of the most important cars to grace Detroit these days, the Ford GT is more than just for show as a production version will be introduced in 2016. It features a design reminiscent of the original model but brought up to current standards suitable for what Ford is describing as an "ultra-high-performance supercar."

The design is not only appealing but also aerodynamically optimized to reduce drag and generate more downforce. The two-seater has upward-swinging doors granting access to the carbon fiber passenger cell while at the back there's an active spoiler automatically adjustable depending on road conditions. Ford's engineers have installed aluminum front & rear subframes covered by carbon fiber body panels and all these lightweight measures will allow the new GT to "exhibit one of the best power-to-weigh ratios of any production car."

Step inside the simple yet functional cabin and you will notice an F1-inspired steering wheel, a fully digital & configurable instrument cluster along with Ford's SYNC 3 infotainment system.

The all-new Ford GT is programmed to enter production towards the end of next year.