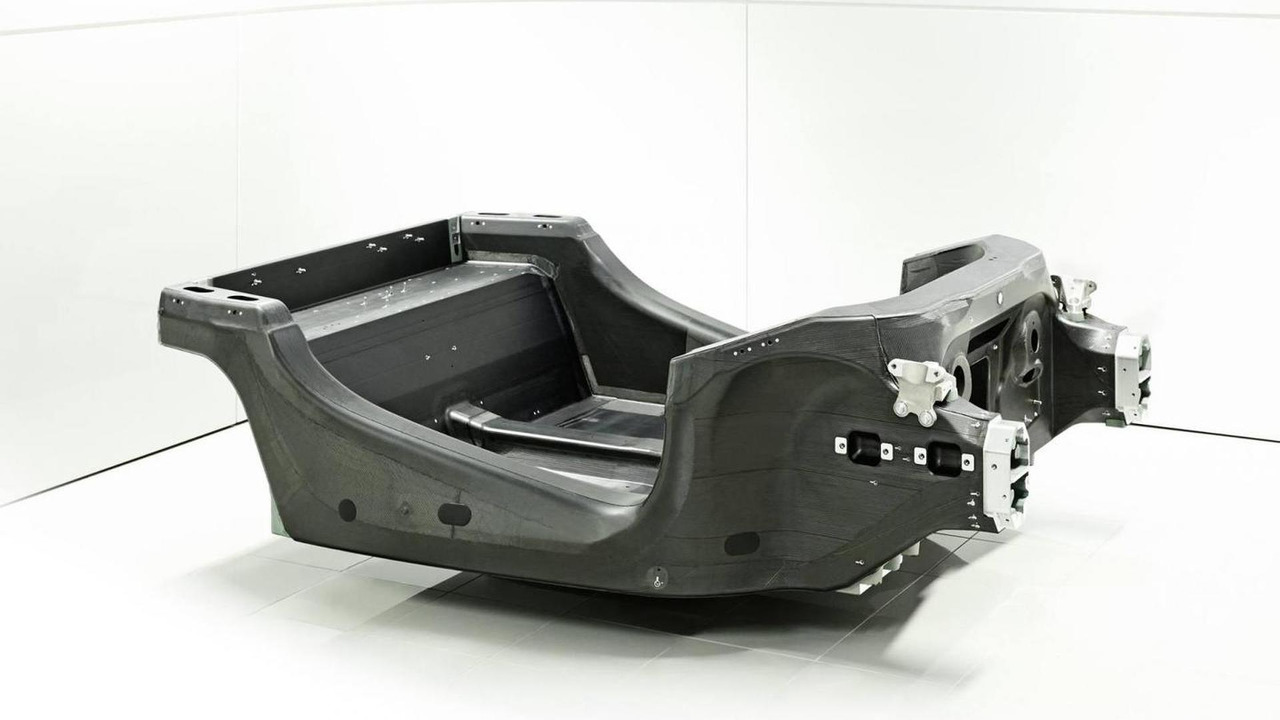 McLaren has released the first picture of the Sports Series' carbon fiber monocoque.

McLaren has released the first picture of the Sports Series' carbon fiber monocoque.

The company didn't have much to say about the chassis but noted, "A carbon fiber chassis has been at the heart of all McLaren race and road cars since 1981 when we pioneered the technology in Formula1. This DNA will be present in the McLaren Sports Series with its unique carbon chassis – a true McLaren for the sports car enthusiast."

As we have previously reported, the entry-level McLaren Sports Series will debut at the New York Auto Show with a twin-turbo 3.8-liter V8 engine that develops "well over" 500 bhp (373 kW). It is expected to accelerate from 0-60 mph in less than four seconds before hitting a top speed in excess of 180 mph (290 km/h).