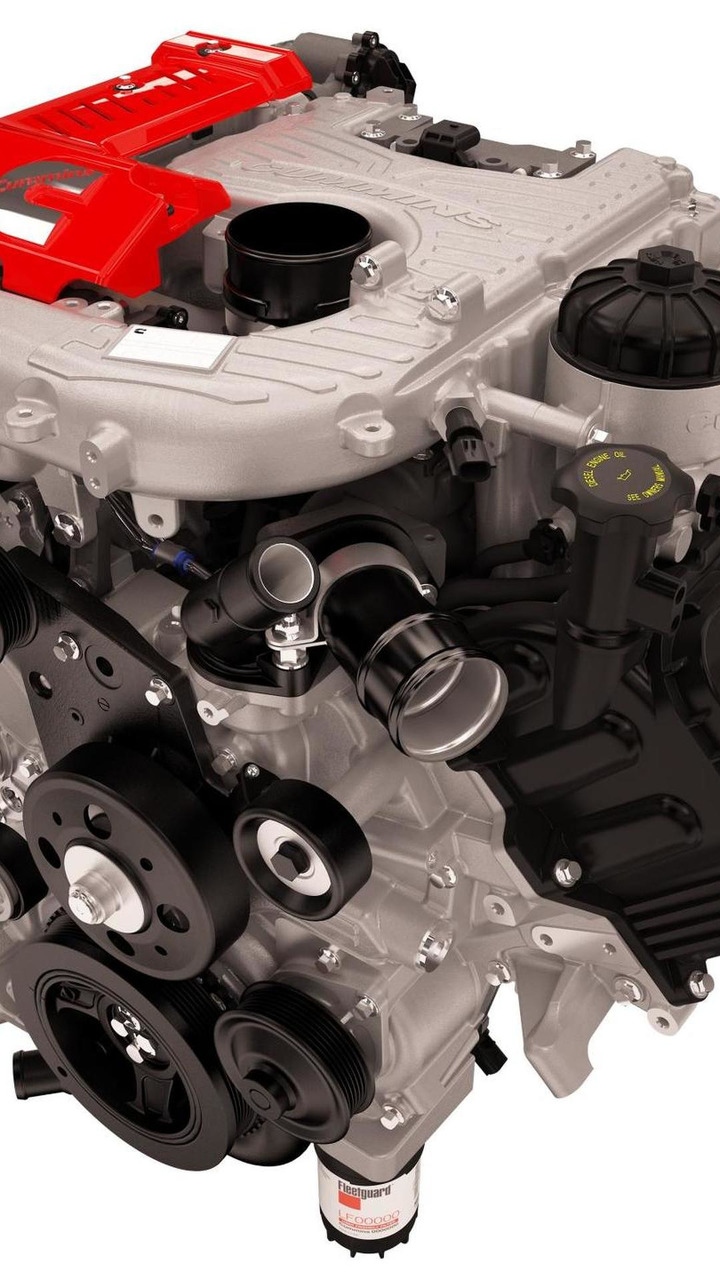 Following a rather lengthy teaser campaign, Nissan has unveiled the 2016 Titan XD in Detroit.

Following a rather lengthy teaser campaign, Nissan has unveiled the 2016 Titan XD in Detroit.

“XD” doesn’t refer to a trim level as it serves as a different model above the regular Titan and will be powered by a newly developed Cummins 5.0L V8 Turbo Diesel engine producing 310 bhp (231 kW) and a massive 555 lb-ft (752 Nm) of torque. It’s enough to provide the vehicle with a maximum towing capacity of more than 12,000 pounds while the payload capacity stands at more than 2,000 pounds.

Shown here is the Titan XD in Crew Cab configuration but the model will also be offered in King Cab and Single Cab specification, along with three different bed lengths. Various trim levels are going to be available, including a rugged Pro-4X and a range-topping Platinum Reverse model. 2WD and 4WD will be available on all versions, with the exception of the 4WD-only Pro-4X.

In terms of design, it looks far more refined than its predecessor and can be had with goodies such as LED headlights and taillights while the upscale interior can hold an extra 33 percent front & 28 percent rear storage. There’s a 5-inch color display, 12-speaker sound system, 12-volt & 120-volt power outlets and a 7-inch NissanConnectSM with navigation.

More details are available in the press release area.