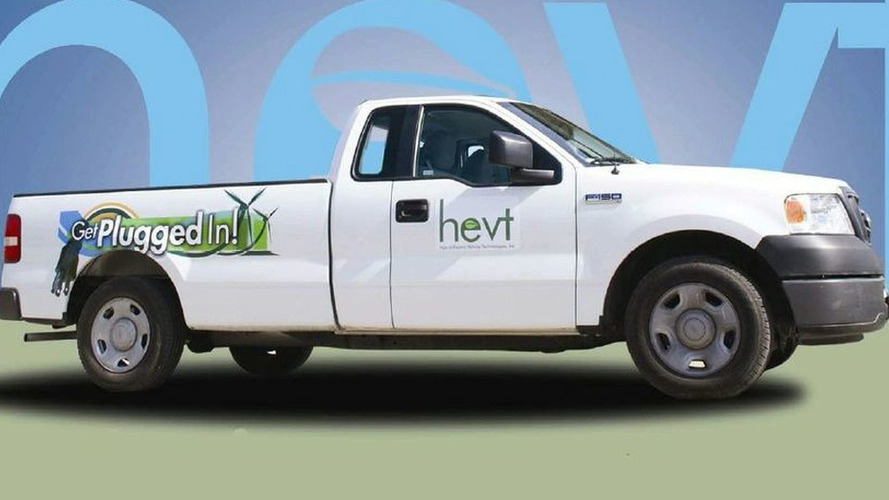 Forget about hybrids as passenger cars. It's hybrid pickup trucks that have the greatest growth potential. Widely adopted as consumer and commercial vehicles over the decades, pickup trucks have become an American icon. There's no way Americans are going to let the pickup fall by the wayside just because of high gasoline prices – and it seems someone may have an alternative.

The F-150 has been converted using a scaled-down version of HEVT's drive train designed for transit buses. The parallel plug-in hybrid system puts an electric motor capable of 200 ft-lb of torque behind the rear differential, while a stack of batteries displace the rear passenger seats inside the cab. Brake regenerative system is integrated plus HEVT's own electronics and software package, called the Adaptive Control Unit, keep all systems communicating.

This all sounds great, however, there is one big downside to a hybrid pickup truck. On the consumer front - the pickup truck has developed a reputation for attracting overcompensating male personality types - seeking to display their virility. The hybrid pickup truck, despite its highly probable appeal to commercial purposes, might not be so well received by the stereotypical pickup truck crowd. But changing times calls for changing attitudes, and hopefully, the pickup truck no matter what kind of engine it holds, will prevail. The American public isn't that shallow.